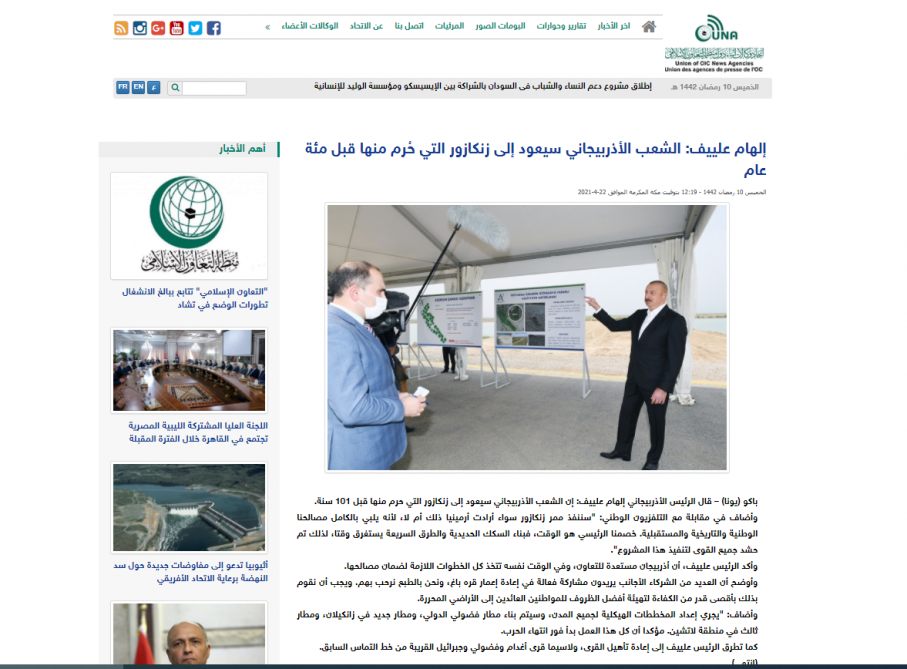 Union of OIC News Agencies’ (OIC-UNA) portal has published an article highlighting Azerbaijani President Ilham Aliyev’s remarks on the creation of the Zangazur corridor during his interview with Azerbaijan Television.

Our main rival is time because the construction of a railway and a highway takes time. Therefore, all resources have been mobilized to implement this project. So the Azerbaijani people will return to Zangazur, which was taken away from us 101 years ago.”

“In parallel with this, we are also ready for cooperation – although Armenia committed genocide against Azerbaijanis at the state level. Despite the fact that all our historical and religious sites have been destroyed, we must look to the future. Of course, we will never forget Armenian vandalism. The main goal of the establishment of the Military Trophies Park, which has caused a great stir in Armenia, is for the Azerbaijani people never to forget this vandalism. We must never forget that. We will never forgive this. Everyone should know this. But in parallel, we must take the necessary steps to secure our interests,” the article cites the head of state as saying.