UNICEF: Over a million children in prison worldwide 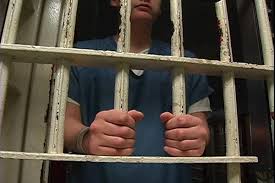 UNICEF Representative in Azerbaijan Edward Carwardine noted that over a million children are in prison worldwide.

A round table was held Thursday for the public discussion of the Azerbaijani president’s order dated 10 February 2017 on the improvement of activities in the penitentiary area, humanization of penalty policy, and the expansion of the application of alternative penalty and procedural compulsion measures that are not related to isolation from society.

The event was organized by Elmira Suleymanova, Azerbaijan's Human Rights Commissioner. Suleymanova mentioned that Azerbaijan became a UN member on March 2, noting that the country joined more than 230 international conventions since it became independent, APA reported.

She went on to add that Azerbaijan has formed a new pardon institution and applied 10 amnesty acts and more than 60 pardons that set thousands of people free.

UNICEF Representative in Azerbaijan Edward Carwardine noted that over a million children are in prison worldwide, adding that children responsible for crimes have to be taken alternative approaches to.

“The order signed by the Azerbaijani president is a key document. However, the country where imprisonment is applied has problems with children integrating into society. As a matter of fact, it’s an additional problem for government to hold children in prison. By using alternative ways and regulating the funds, we can economize on a number of expenses,” he said, noting that people working in the healthcare, education, and other social areas must be satisfied with being of support to imprisoned children but also identify other children who are at some risk.

MP Vusal Huseynov, and Rashid Rumzade, head of the National Preventive Group under Azerbaijan’s Ombudsperson’s Office, also spoke about the importance of the order.