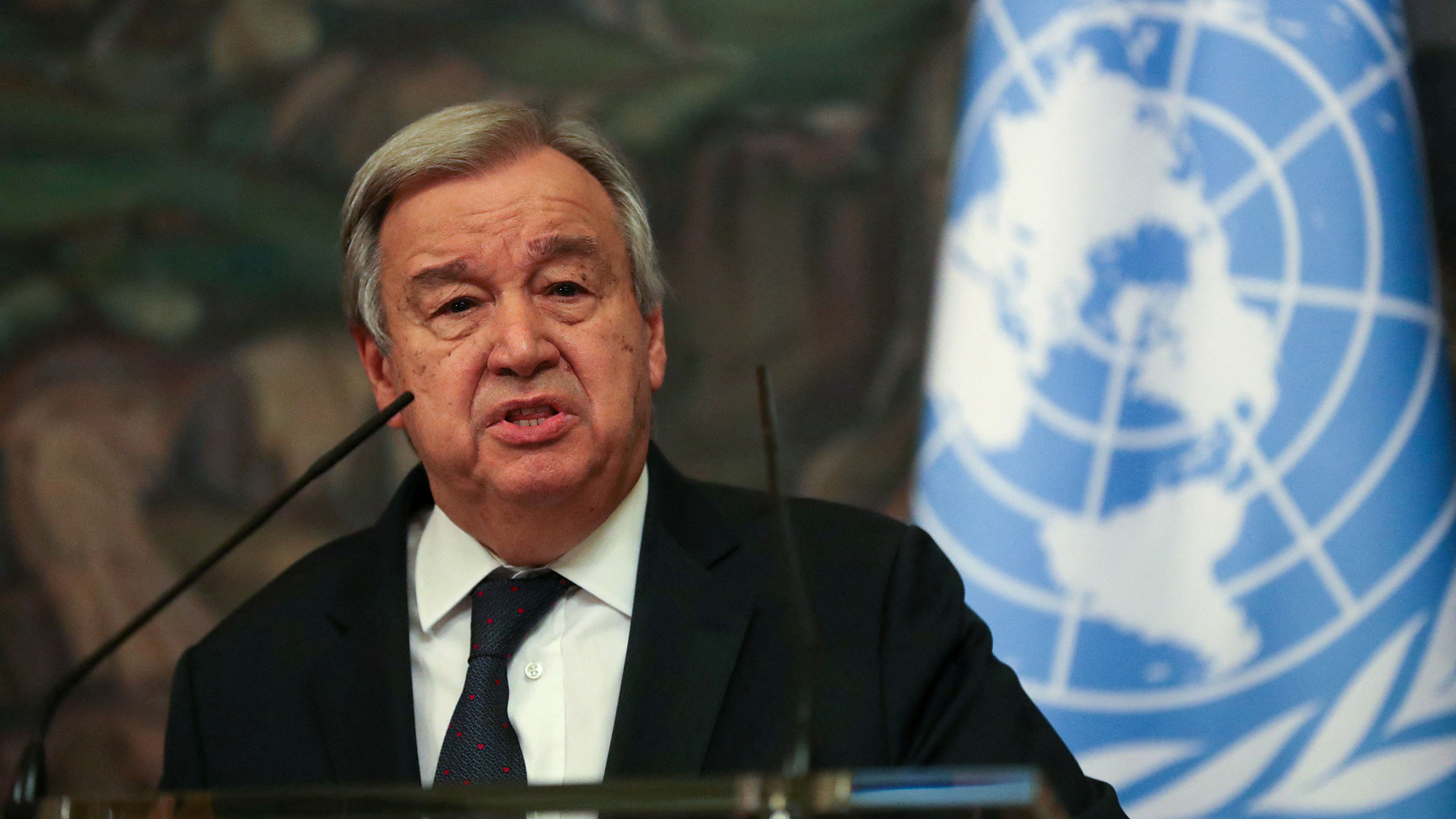 Guterres traveled Wednesday morning from Poland to Ukraine and recently arrived in Kyiv, where he will meet Zelenskyy and Foreign Minister Dmytro Kuleba on Thursday, Haq said.

"We expect him to speak to the press as well," said Haq about Guterres during Thursday's meeting.

Haq said Thursday's meeting will "be a joint one" but did not specify who will be joining Guterres in the meeting with Zelenskyy and Kuleba. Haq also did not mention what time of day the meeting will take place.

The secretary-general was received by Polish President Andrzej Duda on Tuesday evening in Poland and briefed him on his meetings in Moscow and Ankara, Haq also said.

"The Secretary-General expressed his deep appreciation and gratitude to the President for the generosity of the Polish people for the manner in which they opened their homes and their hearts to almost two million Ukrainian refugees," said Haq.