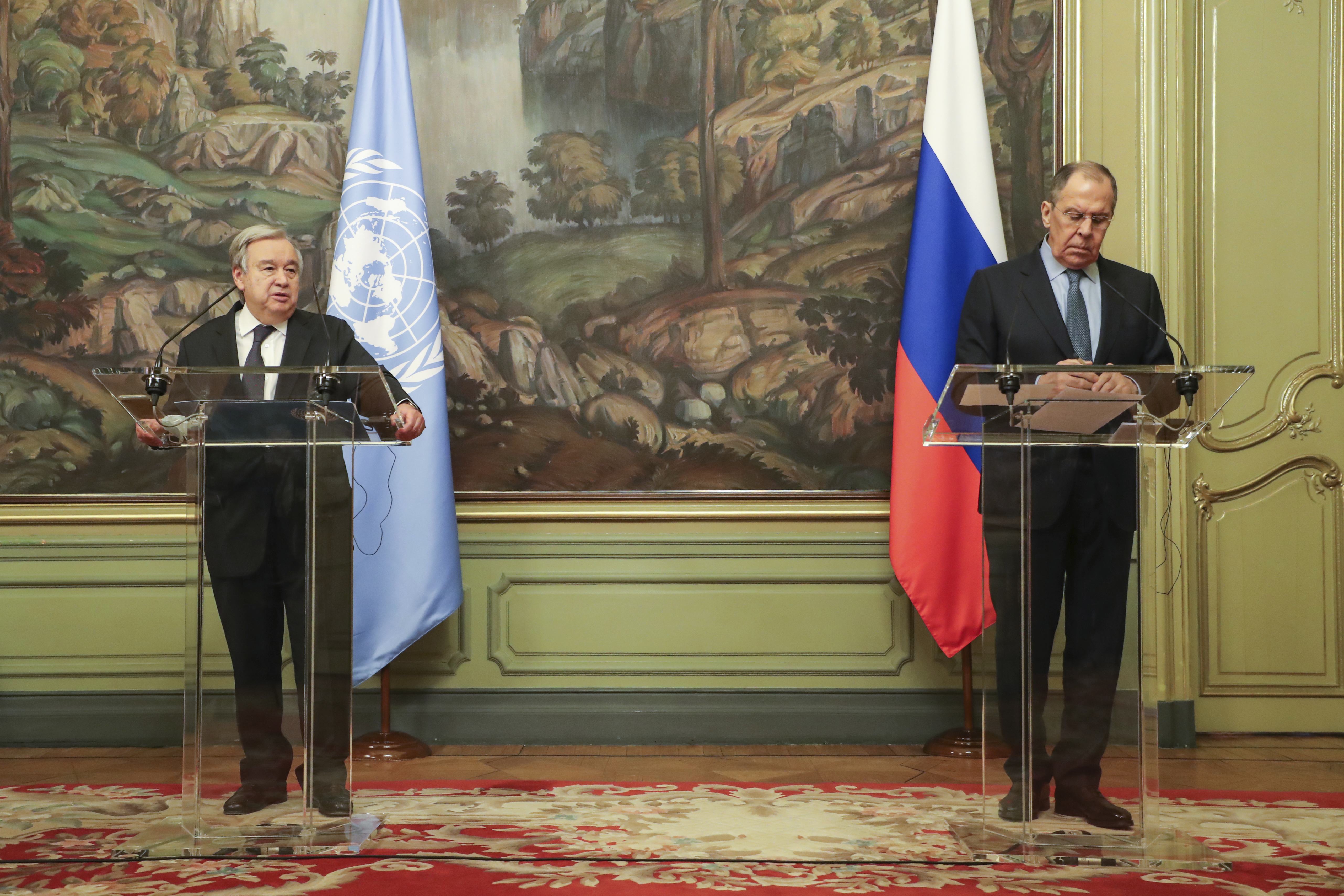 Russian President Vladimir Putin agreed “in principle” to United Nations and International Committee for the Red Cross involvement in the evacuation of citizens from the Azovstal plant in Mariupol, according to a readout of the UN secretary-general’s Tuesday meeting with Putin in Moscow, News.az reports citing UNIAN.

UN Secretary-General António Guterres also “reiterated the United Nations’ position on Ukraine, and they [Guterres an Putin] discussed the proposals for humanitarian assistance and evacuation of civilians from conflict zones,” the readout from the UN secretary-general's spokesman Stephane Dujarric said.

Further conversations between UN United Nations Office for the Coordination of Humanitarian Affairs and the Russian Defense Ministry will be had at a later date, the UN said.