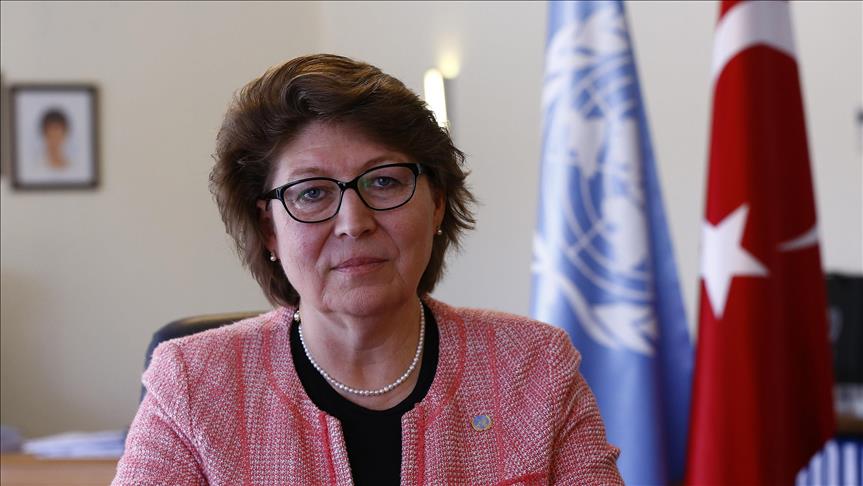 ‘Hosting 3 million refugees is a tremendous strain but it is a show of generosity,' says UN representative.

Turkey has shown the world how generous a society can be by hosting 3 million Syrian refugees, a UN representative in the country told Anadolu Agency.

“[…] Our secretary general has mentioned it many times that Turkey is an example. Hosting 3 million refugees is a tremendous strain but it is a show of generosity,” said Irena Vojackova-Sollorano, UN resident coordinator and UN Development Programme resident representative for Turkey since December last year.

“We wish that other countries would show such generosity as well,” she added.

Vojackova-Sollorano also gave details of Turkey-UN projects in the country:

“We want to support them so that the refugees who are in need of the protection, they continue to receive the protection that they have received so far,” she added.

Vojackova-Sollorano said the UN was supporting refugees in Turkey in two main areas, education and employment.