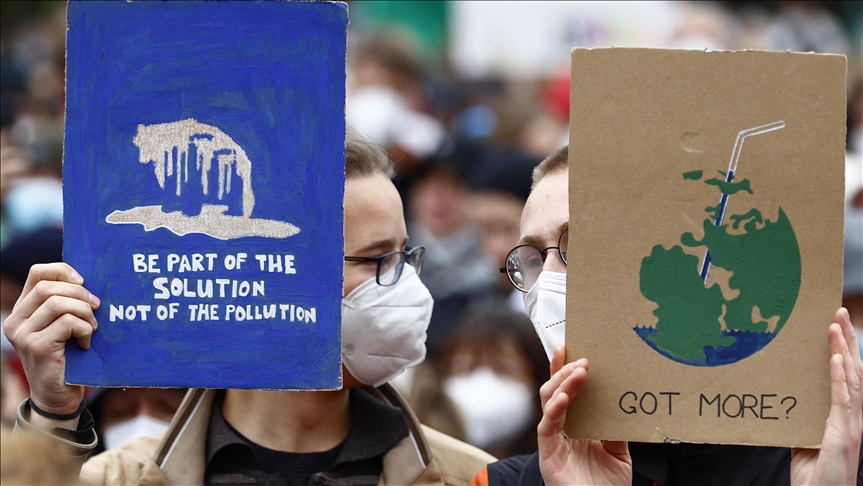 A poll indicating widespread fervor among youth in G20 nations for their leaders to act on climate change is an "important reminder" ahead of a pivotal summit, the UN Development Programme (UNDP) said on Monday, Anadolu Agency reports.

The survey, conducted by the UNDP and Oxford University, had over 689,000 people, including more than 302,000 minors. It found that a majority of all those under 18 years old -- on average, 70% -- in all G20 nations believe climate change is a global emergency.

That is telling given that G20 nations account for some 75% of all carbon emissions worldwide.

Achim Steiner, the agency's top official, said that it is now clear the international community is "not working either fast enough, or acting collectively sufficiently in unison" to address the crisis.

"This is an important moment, and an important reminder to the G20 that their leadership matters not only within their own countries but in fact to the whole global effort on climate change," he told reporters virtually at the UN's New York headquarters.

"It is now in Glasgow where countries have been requested to come with NDC’s, these nationally determined contributions, and deliver more ambition. This is the only way that the reality can catch up with the science that the Paris Agreement designed into it," he added.

The COP26 UN Climate Change Conference kicks off in Glasgow, Scotland on Sunday. The meeting suffered a double blow last week when Chinese President Xi Jinping and Russian President Vladimir Putin announced that they would not be attending the summit in person.