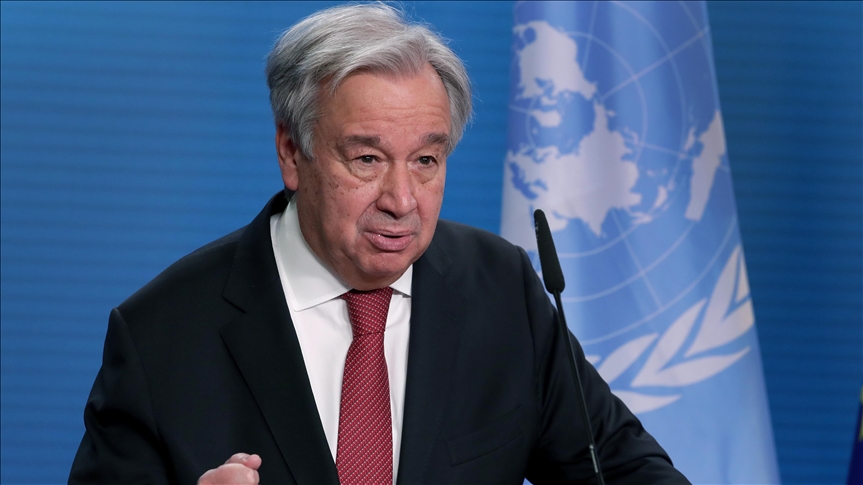 UN Secretary-General Antonio Guterres has hailed a joint statement by the leaders of Russia, China, the United States, Britain and France on the prevention of nuclear war, the UN Secretary-General’s spokesperson Stephane Dujarric said in a statement on Monday, News.Az reports citing TASS.

"The Secretary-General welcomes the joint statement by the nuclear-weapon States on the prevention of nuclear war and avoidance of arms races," Dujarric said.

"The Secretary-General appreciates the recognition by the nuclear-weapon states of their need to comply with their bilateral and multilateral non-proliferation, disarmament, and arms control agreements and commitments, including their binding obligations under the Treaty on the Non-Proliferation of Nuclear Weapons related to nuclear disarmament.

"He is encouraged by the nuclear-weapon states’ commitment to pursue measures to prevent nuclear war, consistent with his long-standing call for dialogue and cooperation to this end. He looks forward to further details about future initiatives.