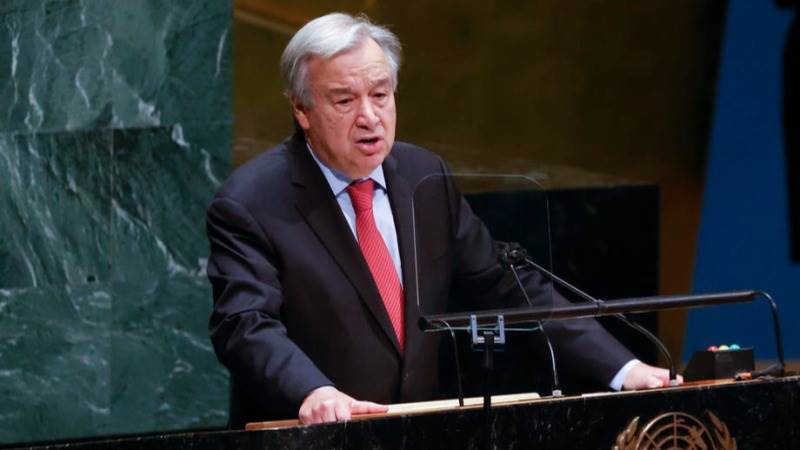 "The Secretary General is following deep concern developments in Afghanistan, including the latest fighting in Gerath and Kandahar. We are particularly concerned about the shift of fighting to urban areas with the potential for civilian harm and even greater," the spokesperson said.

"We hope that discussions this week in Doha between representatives of the Islamic Republic of Afghanistan and the Taliban (outlawed in Russia) along with regional and international envoys will restore the pathway to negotiate settlement of the conflict," Dujarric pointed out.

"The UN stands ready to contribute to such a settlement and remains focused on providing assistance to the increasing number of Afghans in need," he emphasized.

Many Afghanis are arriving in Kabul and other large cities in the search for refuge, the spokesperson said.

"With 18.4 million people already in need of humanitarian assistance, and conflict displacement of up to 390,000 people this year alone, humanitarian organizations continue to operate in Afghanistan. Inter-agency assessments are ongoing in the field, focusing on displacement, conflict … gender issues and protection monitoring to determine the humanitarian needs and immediate response requirements," he noted.

"The humanitarian community - both the UN and non-governmental organizations - remains committed to helping people in Afghanistan, but the security environment is highly complex and clearly challenging," he added.

Clashes between the Afghan government troops and the Taliban radical militant group intensified after US President Joe Biden announced a decision on April 14 to wrap up the operation in Afghanistan that had been the longest overseas military campaign in US history.