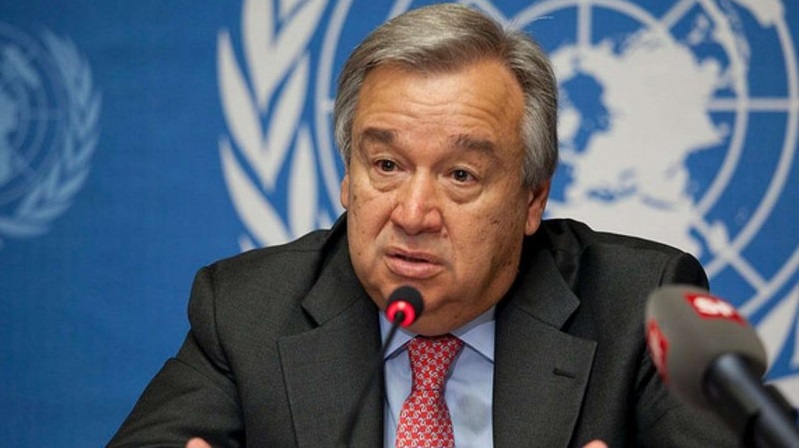 UN Secretary-General Antonio Guterres on Friday welcomed the entry into force of the Treaty on the Prohibition of Nuclear Weapons, commonly known as the Nuclear Weapon Ban Treaty.

"I am pleased to recognize today's entry into force of the Treaty on the Prohibition of Nuclear Weapons, the first multilateral nuclear disarmament treaty in more than two decades. The treaty is an important step towards the goal of a world free of nuclear weapons and a strong demonstration of support for multilateral approaches to nuclear disarmament," Guterres said in a video message.

He commended the states that have ratified the treaty and welcomed the instrumental role of civil society in advancing negotiation and entry into force.

The survivors of nuclear explosions and nuclear tests offered tragic testimonies and were a moral force behind the treaty. Entry into force is a tribute to their enduring advocacy, he said.

"I look forward to carrying out the functions assigned by the treaty, including in preparation for the first meeting of states parties," he added.

Nuclear weapons pose growing dangers and the world needs urgent action to ensure their elimination and prevent the catastrophic humanitarian and environmental consequences any use would cause. The elimination of nuclear weapons remains the highest disarmament priority of the United Nations, he said. "I call on all states to work together to realize this ambition to advance common security and collective safety."

The treaty was adopted in July 2017 and was opened for signature in September 2017. Honduras signed the 50th ratification of the treaty on Oct. 25 last year, triggering it to enter into force on Jan. 22, 2021, 90 days after its 50th instrument of ratification, acceptance, approval, or accession has been deposited.