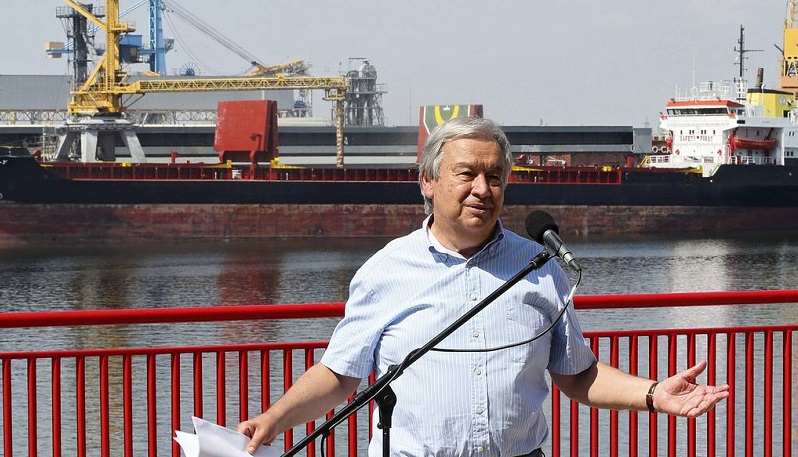 UN Secretary-General Antonio Guterres has arrived in Ukraine’s Odesa city to visit the seaport from where caravans of ships with foodstuffs leave through the "grain corridor", News.Az reports citing Ukrainian media.

In Odesa, Guterres continued negotiations with Minister of Infrastructure Oleksandr Kubrakov. Among other participants of talks were Head of the Odesa Regional Military Administration Maksym Marchenko, Odesa Mayor Hennady Trukhanov and other officials.

As of August 17, a total of 24 ships carrying more than 600,000 tonnes of agricultural products left Ukrainian ports as part of the implementation of the Initiative on the Safe Transportation of Grain and Foodstuffs.

On August 20, the UN Secretary General will leave Odesa for Istanbul at the invitation of President Erdogan, where he will visit the Joint Coordination Center.