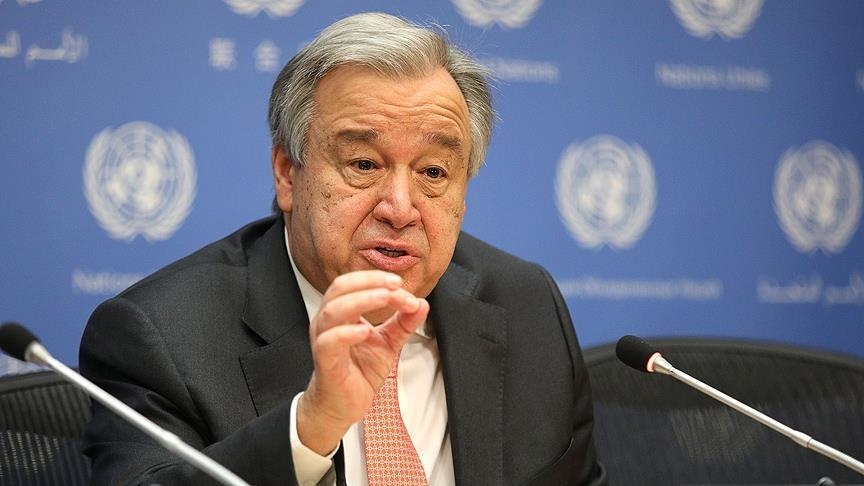 Financing for development in the context of COVID-19 means an unprecedented effort to mobilize resources and political will. Yet since the pandemic began one year ago, no element of multilateral response has gone as it should, he told the opening of the 2021 Economic and Social Council Forum on Financing for Development.

And the crisis is far from over. Indeed, the speed of infections is now even increasing, he warned.

"We need to heed the lessons now if we are to reverse these dangerous trends, prevent successive waves of infection, avoid a lengthy global recession and get back on track to fulfill the 2030 Agenda for Sustainable Development and the Paris Agreement on climate change."

Guterres called for six measures to address the challenge.

First, vaccines must be available to all countries in need, he said. "To end the pandemic for good, we need equitable access to vaccines for everyone, everywhere."

Second, there is a need to reverse the fall in concessional financing, including in middle-income countries.

Development assistance is needed more than ever. Donors and international institutions must step up, he said.

Third, there is a need to make sure funds go where they are needed most, he said.

"Latest reports indicate that there has been a 5-trillion-dollar surge in the wealth of the world's richest in the past year. I urge governments to consider a solidarity or wealth tax on those who have profited during the pandemic, to reduce extreme inequalities."

Fourth, there is a need to address the debt crisis with debt suspension, relief, and liquidity provided for countries that need it, he said, calling for the extension of the Debt Service Suspension Initiative (DSSI) of the Group of 20 (G20) into 2022.

Both the DSSI and the G20's Common Framework for Debt Treatments should be expanded to include all countries in need, such as middle-income countries. New mechanisms can make use of debt swaps, buy-backs and cancellations, he said.

Guterres called for bolder measures beyond debt relief. "We urgently need to strengthen the international debt architecture to end the deadly cycles of debt waves, global debt crises and lost decades. This starts with a time-bound, open dialogue with all stakeholders to build trust and transparency. We need an inclusive approach that encompasses private creditors and tackles long-standing weaknesses and gaps."

Fifth, there is a need to invest in people. "We need a new social contract, based on solidarity and investments in education, decent and green jobs, social protection, and health systems. This is the foundation for sustainable and inclusive development," he said.

Sixth, there is a need to relaunch economies in a sustainable and equitable manner, consistent with the SDGs and the Paris Agreement.

The latest report by the UN Environment Programme showed that just 2.5 percent of recovery spending has positive, green characteristics, he said. "We are missing a once-in-a-generation opportunity for bold, creative solutions that will strengthen the response and recovery while accelerating progress across the entire 2030 Agenda and the Paris Agreement."

Unity and solidarity will save lives and prevent communities and economies from falling into catastrophic debt and dysfunction. Advancing an equitable global response and recovery from the pandemic is putting multilateralism to the test, which the world has failed, he said.

The vaccination effort is one example. Just 10 countries across the world account for around 75 percent of global vaccinations. Many countries have yet to start vaccinating their health care workers and most vulnerable citizens, he noted.

A global vaccine gap threatens everyone's health and well-being. The virus is dangerous everywhere if it spreads unchecked anywhere. And global value chains do not function if one link is broken, said Guterres.

While COVID-19 is the most immediate challenge, climate change increasingly threatens the future of people and the planet, he warned.

"We urgently need to implement policies and set targets and timelines to cut greenhouse gases to achieve net-zero emissions by 2050, including mandatory climate disclosures and switching fossil fuel subsidies to renewable energy," he said. "We face a major finance gap, and I repeat my call for the 100-billion-dollar commitment made a decade ago to be delivered each year and from now, immediately."

"To address the challenges of the future, including those revealed by COVID-19, we need an enormous push at the highest political level," the UN chief said.