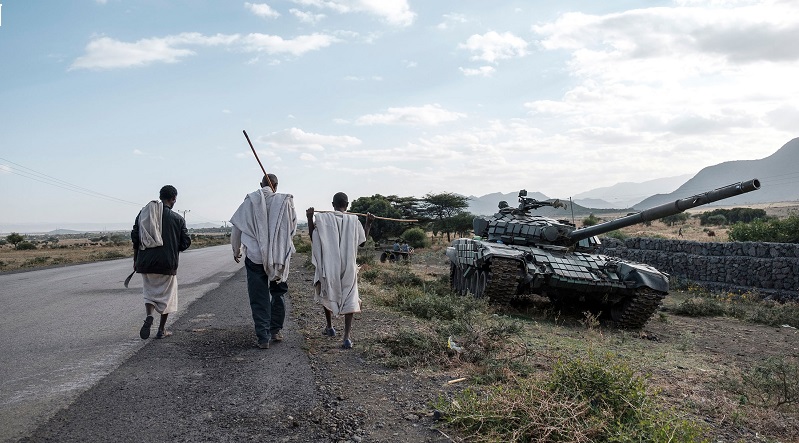 There is a need for greater access in the Tigray region of Ethiopia to reach large groups in dire humanitarian need, although more UN humanitarian workers are getting into the region, a UN spokesman said on Friday.

The government-allowed access is not enough, said Stephane Dujarric, the chief spokesman for UN Secretary-General Antonio Guterres. "We continue to call for more access," Dujarric said.

"My understanding is that there has been a new system put into place to get humanitarian workers in there more easily, which includes, I think, an advance three-day notification."

The move is definitely a step in the right direction. But the United Nations needs more access as there are large groups of people who are in dire need of humanitarian help, he said.

The problem has been a combination of bureaucratic hurdles and a lack of communication, including internet access, said the spokesman.

The United Nations and its partners do not have enough humanitarian workers to distribute aid and to reach the people who need it, he said. "There's been some ... trucks that have come in, but having aid physically go in is not the same thing as us being able to distribute it."

The people of Tigray have been caught up in a conflict between regional armed forces and federal government troops since early November of last year.