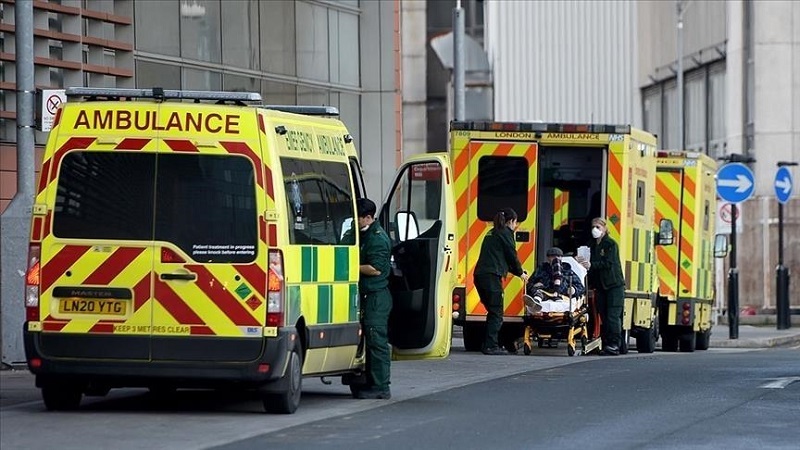 The UK's death toll from the novel coronavirus crossed a grim landmark on Tuesday, making it the fifth country worldwide to top 100,000.

Taken together, the five countries saw a half of the global death toll of 2.1 million.

Offering his condolences to all those who have lost a loved one during the pandemic, Prime Minister Boris Johnson said it is "hard to compute the sorrow" behind the UK death toll passing 100,000.

At the daily Downing Street coronavirus press statement, Johnson said the country will "learn the lessons and prepare" for possible future pandemics.

Opposition Labour leader Keir Starmer called the high number of deaths "a national tragedy and a terrible reminder of all that we have lost as a country."

However, the number of those who tested positive within a week has dropped by more than 25% over the past week to 222,898, including 20,089 reported on Tuesday.

Chief medical officer Chris Whitty said the most recent seven-day average death number stands at 1,242, and the number of people dying will fall slowly over the next two weeks.