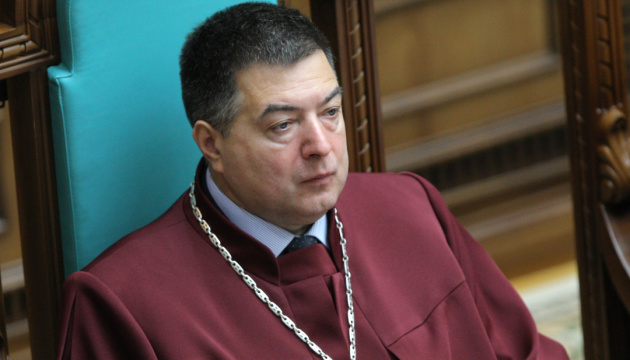 Ukrainian President Volodymyr Zelenskiy has dismissed the head of the constitutional court, who has opposed some anti-corruption reforms, calling his actions a threat to national security, Zelenskiy’s office said on Saturday.

Zelenskiy and the court under Oleksandr Tupytskyi have been locked in a stand-off since last year over anti-corruption legislation, hobbling Ukraine’s chances of securing more foreign loans.

Zelenskiy signed a decree cancelling the appointment of Tupytskyi as a judge of the court. Tupytskyi was appointed in 2013 by former President Viktor Yanukovich.

“Certain judges of the Constitutional Court of Ukraine appointed by Viktor Yanukovich, continuing to exercise their powers, pose a threat to the state independence and national security of Ukraine,” said the document published on the presidential website on Saturday.

The constitutional court did not respond immediately to a request for comment.

The court ruled in October against some anti-corruption laws, citing as excessive the punishment for false information on officials’ asset declarations, and also struck down some powers of the main NAZK anti-graft agency.

Tupytskyi has previously accused Zelenskiy of trying to engineer a “constitutional coup” by removing him. Tupytskyi is under investigation in a witness tampering case that he has called falsified and politically motivated.

Restoring all anti-corruption measures is a key condition of unlocking more loans under a $5-billion stand-by approved by the IMF last June. Ukraine has received only one tranche since then.