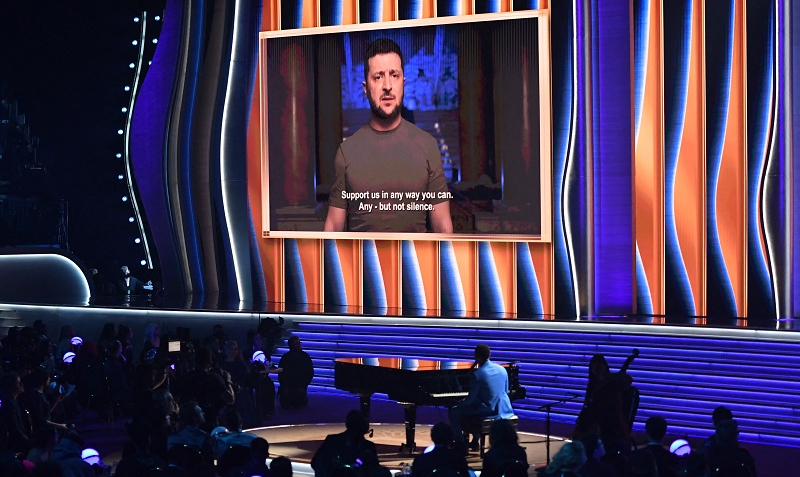 Zelenskyy delivered a speech that began “The war. What's more opposite than music.”

"Support us in any way, don't be silent, and then peace will come to our cities," the Ukrainian leader added.

After Zelenskyy's video message, singer John Legend performed on stage along with Ukrainian singers and musicians.

Previously, a number of American cultural figures suggested giving Zelenskyy the opportunity to speak at the Oscars last week, but this did not happen.