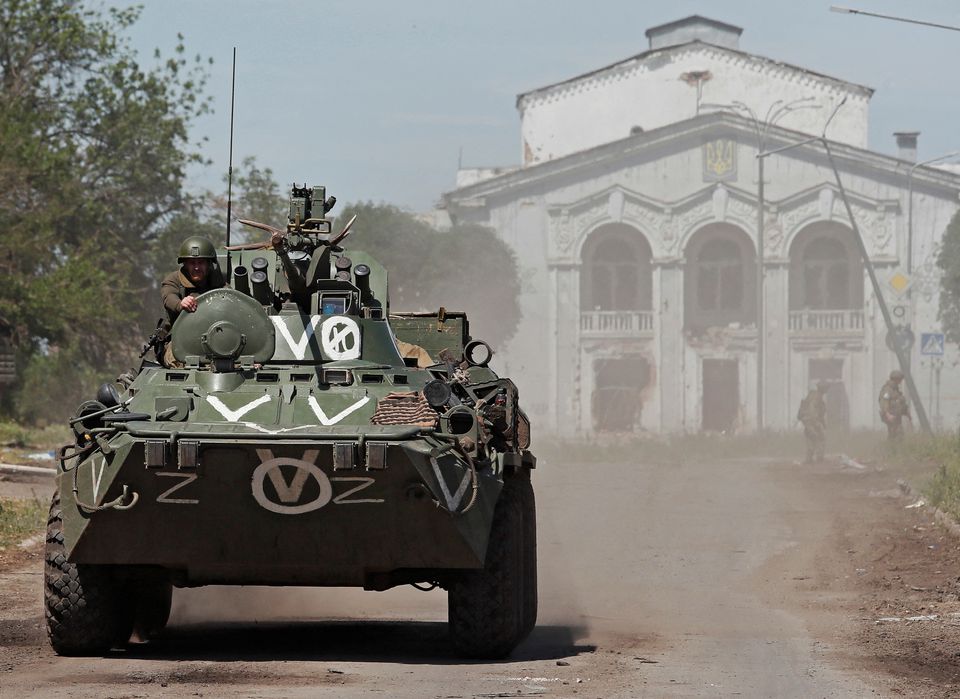 Russia tightened its grip on a key target in a battle for control of Ukraine's eastern Donbas region while President Volodymir Zelenskiy pleaded for more Western arms to help Ukraine reach an "inflection point" and prevail in the war, News.az reports citing UNIAN.

As the invasion approaches its 100th day on Friday, Russia says Washington is adding "fuel to the fire" with a new $700 million weapons package for Ukraine that will include advanced rocket systems with a range of up to 80 km (50 miles).

But separately addressing a forum in Slovakia, Zelenskiy said more weapons supplies would "ensure an inflection point in this confrontation," in Ukraine's favour.

U.S. President Joe Biden hopes extending Ukraine's artillery reach will help push Moscow to negotiate an end to a war in which thousands have been killed, cities and towns flattened and more than 6 million people forced to flee the country.

His administration said it had Ukraine's assurances it would not use the rocket systems to hit targets inside Russia.

"Ukraine is fighting an exclusively defensive war, and we always state this," the country's deputy defence minister Hanna Malyar told a briefing when asked whether Kyiv made such a promise.

While Moscow denies targeting civilians it says it regards Ukrainian infrastructure used to bring in Western arms as a legitimate target. Still, it insisted those supplies would not change the course of what it calls a "special military operation" to disarm Ukraine and rid it of ultra-nationalists the Kremlin says threaten Russian security.

"Pumping (Western) weapons into Ukraine does not change all the parameters of the special operation," Kremlin spokesman Dmitry Peskov told reporters.

"Its goals will be achieved, but this will bring more suffering to Ukraine," Peskov said when asked whether U.S. plans to sell Ukraine drones that can be armed with missiles could change the nature of the conflict. read more