Ukraine says it has recaptured more territory in Kharkiv 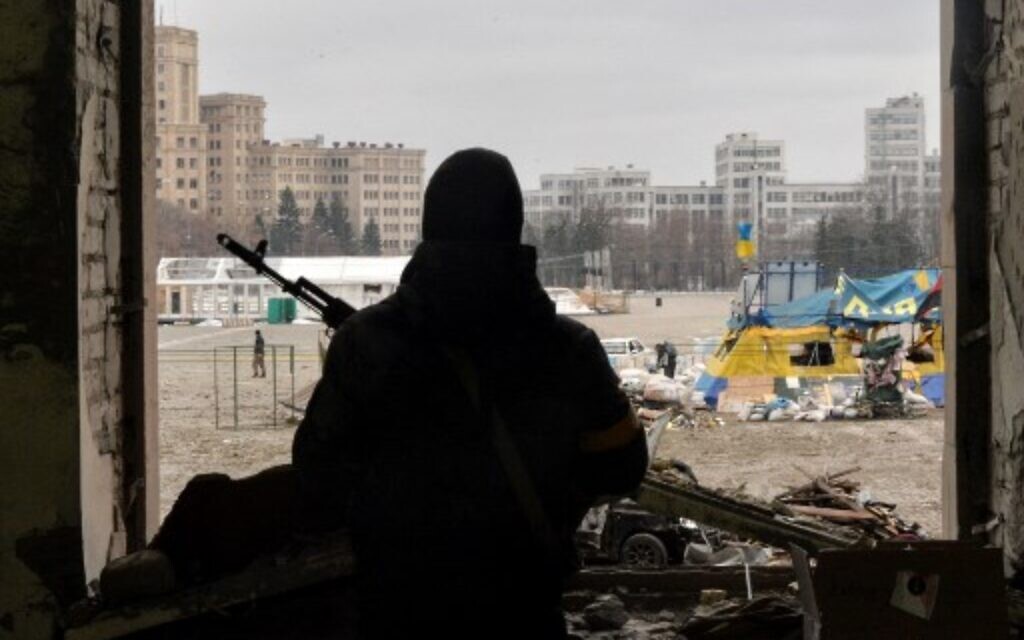 The Ukrainian armed forces say they have recaptured another settlement in the Kharkiv region, as troops continue their counter-attacks in the area, News.az reports citing UNIAN.

In Kharkiv, the general staff said Wednesday that "as a result of the offensive of our troops, the settlement of Dementiivka was liberated."

Dementiivka is about 20 miles (35 kilometers) north of Kharkiv.

The general staff said fighting continued in other parts of the area and Russian forces were advancing around the village of Ternova, close to the border northeast of Kharkiv.

The Russians appear to be trying to block Ukrainian forces from advancing towards their nearby supply lines inside Ukraine.

Elsewhere the Ukrainian National Guard reported that in the Luhansk region, its Rapid Reaction Brigade had destroyed bridges to stop the advance of Russian forces towards the cities of Severodonetsk and Lysychansk. A video posted by the National Guard indicates the bridges were destroyed in the past few days.

It said that blowing up the bridges would help the defense of areas still under Ukrainian control.

In the same area, the general staff reported airstrikes against several towns along the front lines, as well as areas around the town of Bakhmut, a key hub for Ukrainian defensive efforts. It said that attempts to break through Ukrainian lines in the Adviivka area had been repelled.

Ukrainian units also continue to hold off Russian forces trying to advance south into the Donetsk region, according to the general staff, which said they inflicted losses on the Russians around Dovhenke, northwest of the strategically important city of Sloviansk. The Russians have been trying to break through in that area for more than a month.