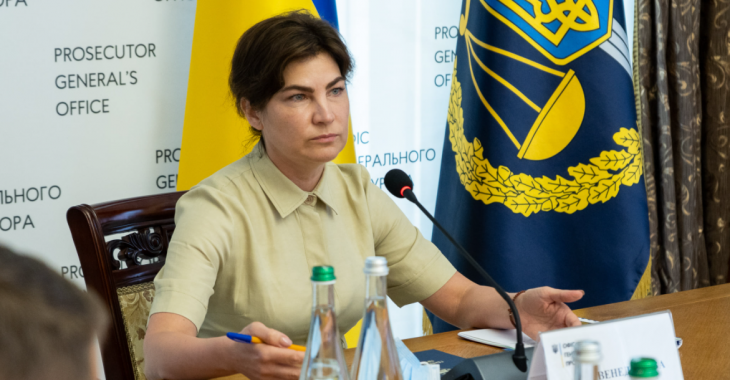 Ukrainian Prosecutor General Iryna Venediktova said she will not discuss the decision by President Volodymyr Zelensky's to suspend her while an investigation into her office is underway, News.az reports citing UNIAN.

“I have not discussed this issue with anyone. And now I'm also refraining from comments for one simple reason — it's not the right time,” she wrote on her official Facebook page on Monday.

“As soon as the stage of "settlement" of the existing situation is completed, adequately and understandably for all parties, I will give a comprehensive comment," Venediktova wrote.

Zelensky suspended Venediktova and the head of the country’s intelligence service, SBU, Ivan Bakanov, on Sunday as he announced an investigation into their departments, due to the alleged presence of Russian collaborators.

In her comment, Venediktova added she would not argue the president’s decision or opinion, but said she was proud of her work.

“I demonstrated good work results,” she wrote. “I managed to unite the legal, professional, and criminal procedural world elite around the problems of Ukraine in the interests of Ukraine.”

“If the corresponding resolution is registered in the walls of the Ukrainian Parliament, I will not hesitate for a second and will report to the people's representatives,” she concluded.