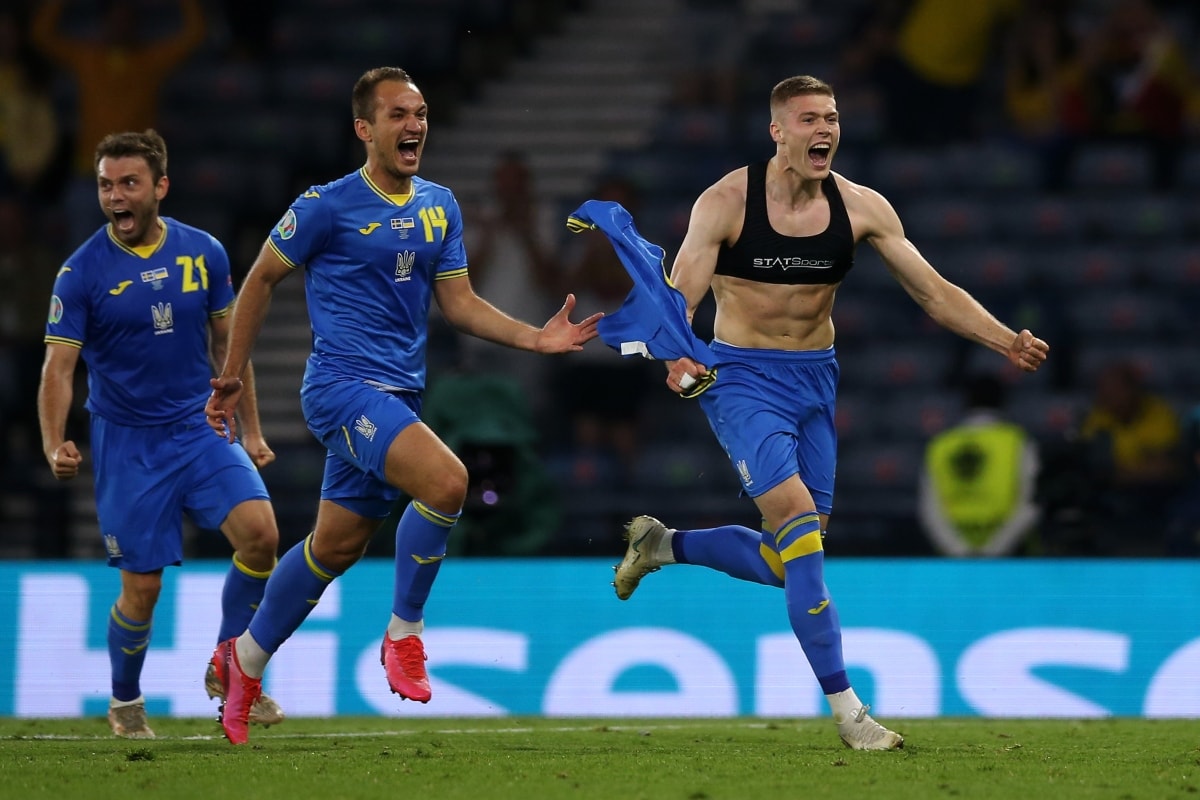 Artem Dovbyk's last-gasp extra time winner helped Ukraine to book a berth in the quarterfinals following their 2-1 victory over Sweden at Hampden Park in Glasgow on Tuesday, Xinhua reported.

Sweden started brightly into the encounter but for all that it was the Ukrainians, who opened the scoring in the 27th minute through Oleksandr Zinchenko.

The Swedes bounced back before the break as Emil Forsberg overcame Heorhiy Bushcan after unleashing a hammer from 25 meters.

In the overtime Sweden's game plan suffered a heavy setback as Marcus Danielson was sent off for a rude foul play.

Ukraine started an onslaught on Sweden's goal and got rewarded in the dying seconds of the extra time as Zinchenko's pinpoint cross into the box allowed Dovbyk to knockout outnumbered Swedes by header from very close range.

With the result, Ukraine progressed for the second time into the quarterfinals of a tournament. Andriy Shevchenko's side will clash with England in the next round on Saturday.