Ukraine claims to have destroyed large Russian warship in Berdyansk 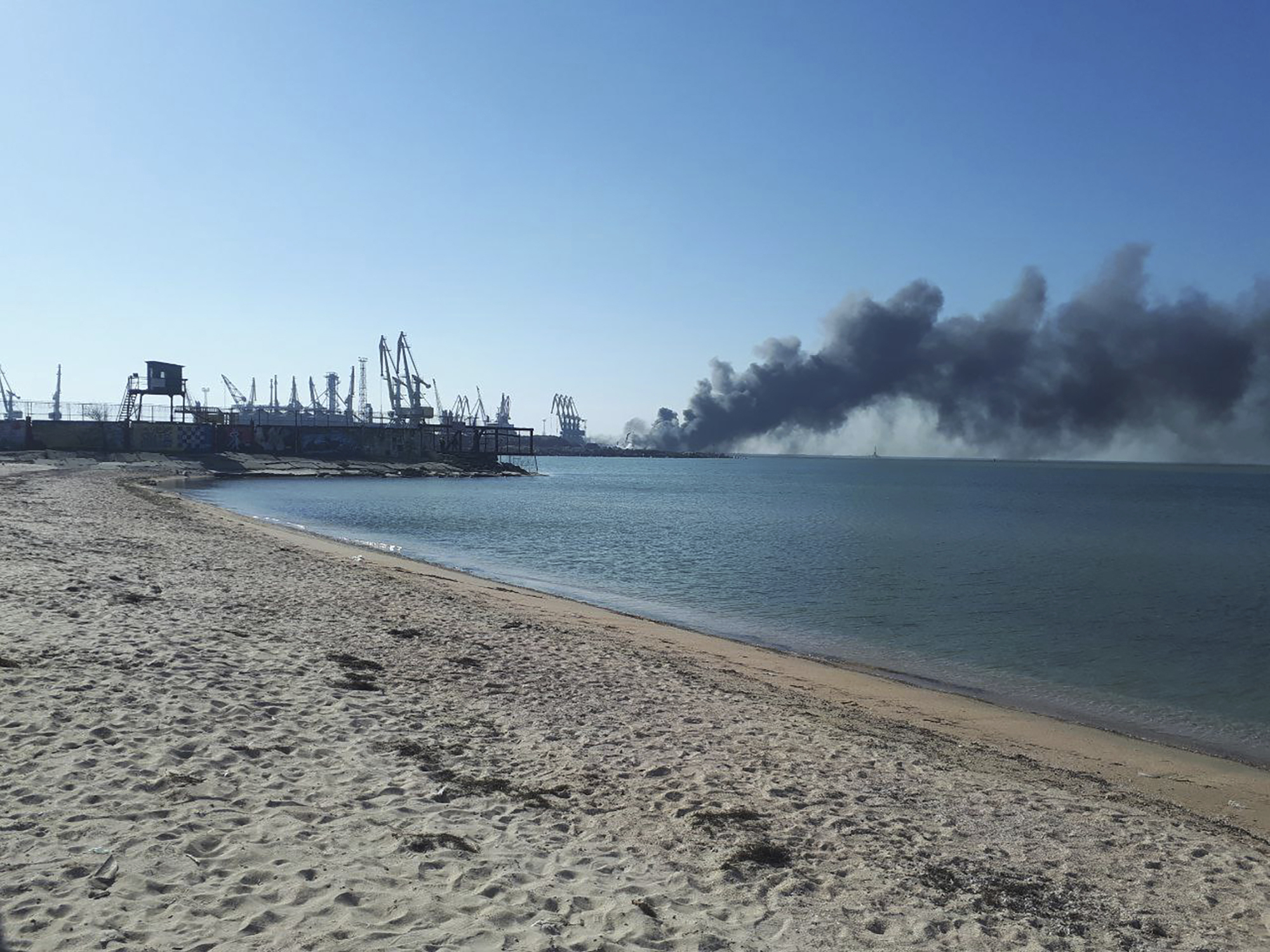 The port of Berdyansk in southern Ukraine was rocked by a series of heavy explosions soon after dawn on Thursday. The port had recently been occupied by Russian forces and several Russian warships were docked there, News.az reports citing CNN.

Social media videos showed fires raging at the dockside with a series of secondary explosions reverberating across the city.

The Armed Forces of Ukraine said they had "destroyed a large landing ship" which they named as the "Orsk."

Several Russian ships had been unloading military equipment at Berdyansk in recent days, according to reports from the port by Russian media outlets.

The Ukrainian armed forces said that, besides destroying the Orsk, "two more ships were damaged. A 3,000-ton fuel tank was also destroyed. The fire spread to the enemy's ammunition depot. Details of the damage inflicted on the occupier are being clarified."