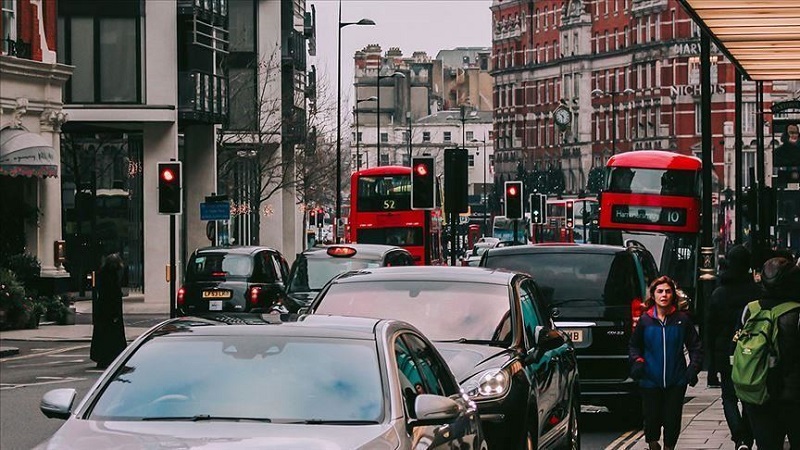 The UK on Tuesday reported 11,299 new COVID-19 cases, a figure signaling a weekly drop of over one-quarter, Anadolu Agency reports.

The 27.6% decrease in cases came as a second national lockdown in England is in its third week and similar restrictive measures are in place in Scotland, Wales, and Northern Ireland.

Health officials reported 608 new fatalities, a high number compared with Monday’s figure of 206, but the numbers reported on Tuesdays are normally higher due to lagging reporting from the weekend.

The number of deaths over the past seven days has now reached 3,094, up 4%, according to official data.

A total of 55,838 people have died since the start of the pandemic across the UK.

A lockdown in England is to expire on Dec. 2 and it will not be extended, Prime Minister Boris Johnson told lawmakers yesterday.

Johnson said a three-tier system will be imposed across England and that the opening of shops, pubs, restaurants, gyms and places of worship would be allowed, depending on regional situations.

The government is expected to reveal detailed information on the three-tier system and regional requirements on Thursday.

Johnson is to attend a meeting to discuss a joint nationwide approach to easing the restrictions during Christmas. Travel restrictions are expected to be lifted on Dec. 23-27 to allow people to visit their families in the festive season.

Students are also expected to be permitted to travel in a proposed Dec. 3-9 window for Christmas.

British Transport Secretary Grant Shapps announced on Tuesday that the two-week quarantine period for those arriving in England could be shortened to five days if they pay for a private COVID-19 test and the result comes back negative.