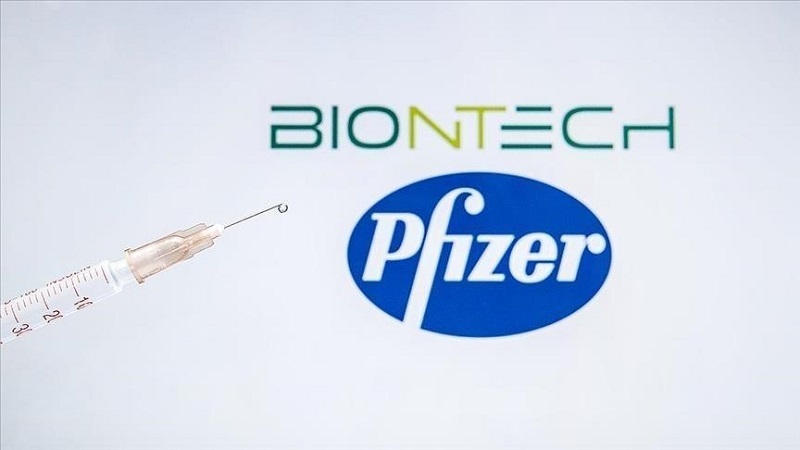 The extra doses will be used in a vaccine booster program due to start in autumn later this year.

Speaking at a news conference, Hancock said: “We have been working on a program of booster shots again for over a year now, and we back some of the only clinical trials in the world looking specifically at physicians.

“That is all about protecting the progress that we've made. We have a clear route out of this crisis, but this is no time for complacency.”

Earlier in the day, a new study by Public Health England found that a single dose of Pfizer or AstraZeneca vaccine can cut transmission of coronavirus by up to half.

Those who were infected with or vaccinated against COVID-19 were three weeks later anywhere between 38% and 49% less likely to pass it on to another member of their household, compared to those who were not infected or vaccinated.

Hancock said the results were “encouraging”.

He called on people to get vaccinated when they are called because a vaccination “protects you, your loved ones and is the way out of this pandemic”.

Speaking about the PHE data alongside Hancock was deputy chief medical officer Professor Jonathan Van-Tam, who said: “Both vaccines are doing an extremely good at reducing transmission.”

He added that the PHE figures were most likely conservative estimates and that in any case, the impact will be stronger when people have had their second dose.

The Office for National Statistics also released new data. The ONS estimated that around 68.3% of adults in England now have COVID-19 antibodies in the week of April 11.

COVID-19 antibodies show someone has either been infected with the virus or has received a vaccination.

Up to and including April 27, 2021, around 34 million first doses of vaccine have been administered, and over 13.6 million second doses.