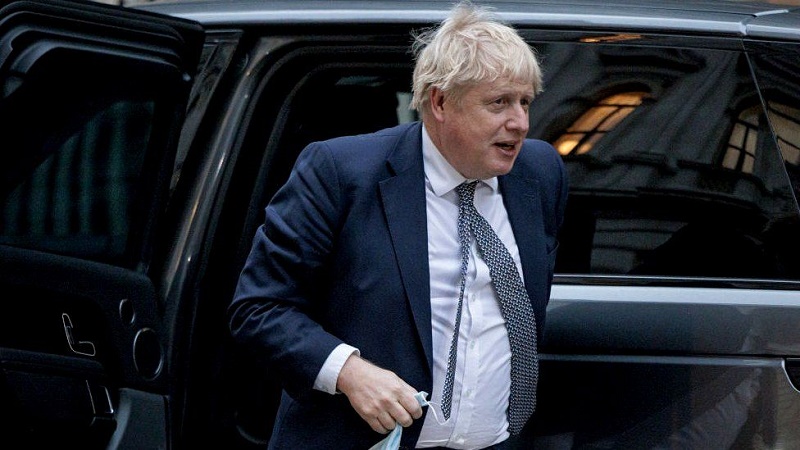 The rising pressure on Johnson came during a weekly questions session at the House of Commons as the findings of an investigation led by Sue Gray, a senior civil servant, into 16 parties – now collectively dubbed partygate – held at prime minister’s offices at Number 10 is believed to be communicated soon.

Keir Starmer, the leader of the opposition, who repeatedly called on the prime minister to resign asked Johnson whether he thinks the part of the ministerial code –that says “ministers who knowingly mislead parliament must resign” – applies to him.

Starmer also said Johnson has mislead the parliament by denying the parties previously and that he should resign.

Responding to him, Johnson said Starmer has been “relentlessly opportunistic” and his Labour Party would have kept the country in lockdown.

Reminding the launch of a police investigation into the matter, Starmer said the force would investigate only the most flagrant breaches of the rules.

“If you do not understand the significance of what happened yesterday, I really do despair,” he said.

Ian Blackford, the Scottish National Party leader in House of Commons, said: “it is time for the prime minister to get this over with, and go.”

The latest allegations that Johnson was given a surprise birthday party in June 2020 and that some Tory MPs were threatened to act to save Johnson, and new allegations of Islamophobia within the party from Nusrat Ghani, have added further pressure on Johnson.

Any social gatherings were forbidden under the government’s coronavirus restrictions in June 2020.