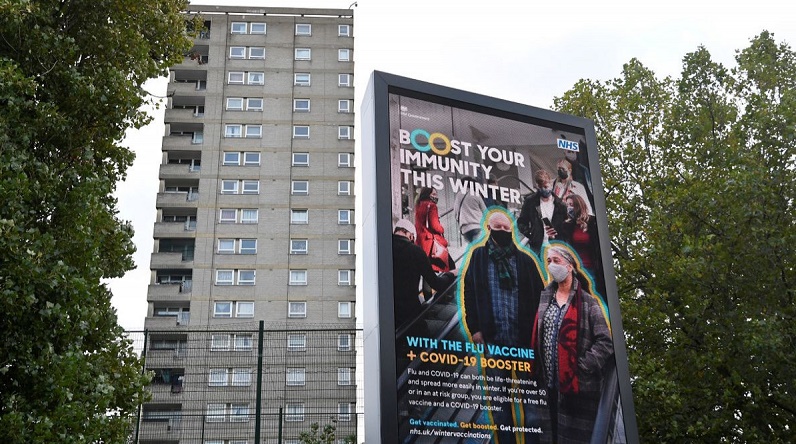 British Prime Minister Boris Johnson said on Friday a new COVID-19 lockdown is not on the cards, as advisers warned that acting early with lighter measures to cut rising case numbers would reduce the need for tougher restrictions later.

Johnson’s government has said there is no need yet to introduce a “Plan B” involving mask mandates, work-from-home orders and vaccine passports, though such measures could be introduced if more people do not come forward for COVID-19 vaccines and booster shots.

Johnson scrapped England’s COVID restrictions in the summer, and he said that, while case numbers were rising, the trend was in line with what was expected.

He said earlier that the widespread deployment of vaccines this year means that the link between cases and deaths has been disrupted, in contrast with earlier stages of the pandemic.

Asked on Friday about the possibility of another lockdown over winter, the Conservative prime minister said: “I’ve got to tell you at the moment that we see absolutely nothing to indicate that that is on the cards at all.” While Johnson has scrapped the legal requirement to wear masks, he said they should still be worn in confined spaces, especially when meeting strangers.

COVID-19 infections in Britain are up 17.9% over the last seven days, with 52,009 reported on Thursday, and the reproduction “R” number is estimated between 1.0 and 1.2. Any figure above one suggests an exponential growth in cases.

“In the event of increasing case rates, earlier intervention would reduce the need for more stringent, disruptive, and longer-lasting measures,” the Scientific Advisory Group for Emergencies (SAGE) said in minutes from a October 14 meeting, published on Friday.

“SAGE advises that policy work on the potential reintroduction of measures should be undertaken now so that it can be ready for rapid deployment if required.” SAGE added that among Plan B measures, reintroduction of work-from-home guidance would have the biggest impact to cut transmission, and warned that “presenteeism” might become an increasing reason for contagion in the workplace.