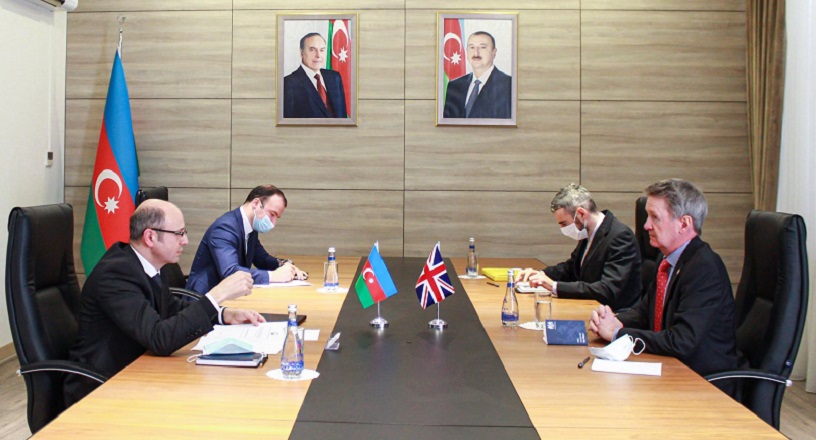 The UK companies are interested in the restoration work to be carried out in the electric energy sector in the liberated territories of Azerbaijan, UK Ambassador James Sharp said during a meeting with Azerbaijani Minister of Energy Parviz Shahbazov.

According to the ambassador, the companies are also interested in the development of using renewable energy sources.

At the meeting, the sides discussed bilateral relations, opportunities for cooperation in the field of energy, as well as the establishment of green energy zones in the liberated territories of Azerbaijan.

He informed the ambassador about the plans for the restoration of liberated territories and the establishment of a green energy zone, as well as the renewable energy potential of these territories.

Implementation of the protocol of the third meeting of the Joint Intergovernmental Commission on economic cooperation between the Azerbaijani and the UK Governments, the next meeting, and a number of other issues of mutual interest were also discussed at the meeting.