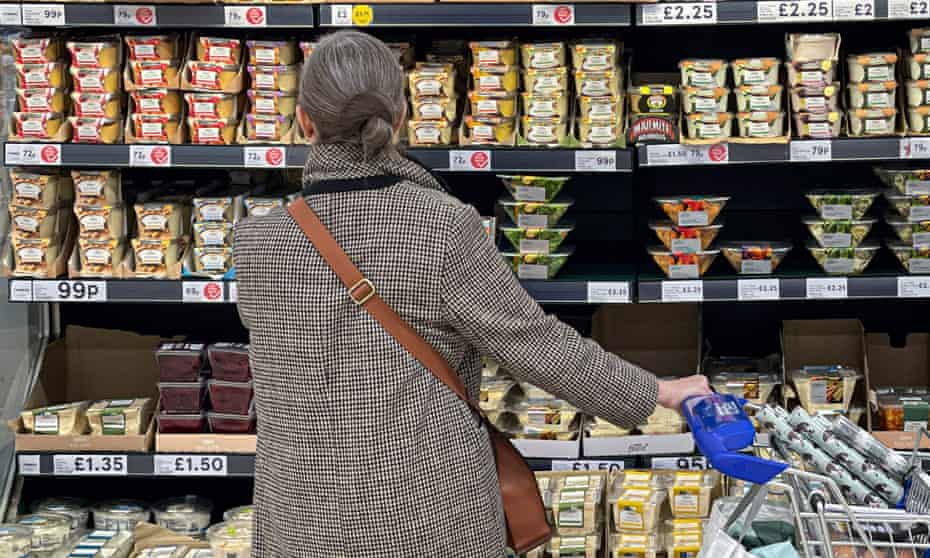 Economists polled by Reuters had forecast that the annual CPI rate would edge up to 5.2% in December from November's 5.1%.

The increase in CPI to its highest since March 1992 reflected a wide range of goods and services, the Office for National Statistics said, with the biggest impact coming from food and drink, followed by restaurants and hotels.

Economic disruption from the Omicron variant of coronavirus in December had only a negligible impact on the headline rate of inflation, however.

The Bank of England last month became the world's first major central bank to raise interest rates since the start of the COVID-19 pandemic, a day after CPI for November hit a 10-year high.

Rising inflation is also turning into a political problem for Prime Minister Boris Johnson's government, which faces calls from the opposition and charities to offset an expected 50% rise in the regulated household energy prices this April.

"I understand the pressures people are facing with the cost of living, and we will continue to listen to people's concerns," finance minister Rishi Sunak said in response to the data.

The BoE forecasts CPI will peak at a 30-year high of around 6% in April due to the higher energy bills, and that it will take more than two years for CPI to return to its 2% target.

Financial markets see a high chance that the BoE will raise rates again on Feb. 3 and announce that it will allow its 875 billion-pound ($1.19 trillion) stock of government bonds to fall as the gilts begin to mature.

Kitty Ussher, chief economist at the Institute of Directors, said she expected the BoE to raise its main interest rate to 0.5% from 0.25% next month, and that a 4.2% annual increase in food prices was especially striking.

"Not only does this provide additional evidence that inflation is becoming endemic rather than transitory, it also bodes ill for households facing multiple rises in the cost of living this spring," she said.

Wednesday's figures showed that core CPI - which excludes sometimes-volatile food, energy, alcohol and tobacco prices - rose to a record 4.2% in December from November's 3.9%.

Retail price inflation - an older measure that the ONS says is no longer accurate, but which is still widely used by government and businesses - rose to a fresh 30-year high of 7.5% in December from 7.1% in November.

However, factory price data showed tentative signs that cost pressures may have peaked, echoing surveys of companies last month. Prices charged by factories stood 9.3% higher than in December 2020, cooling from 9.4% in November and marking the first decrease in the annual rate since July 2020.

The inflation rate for costs paid by producers for material and energy also decreased in December, falling to 13.5% from 15.2%.