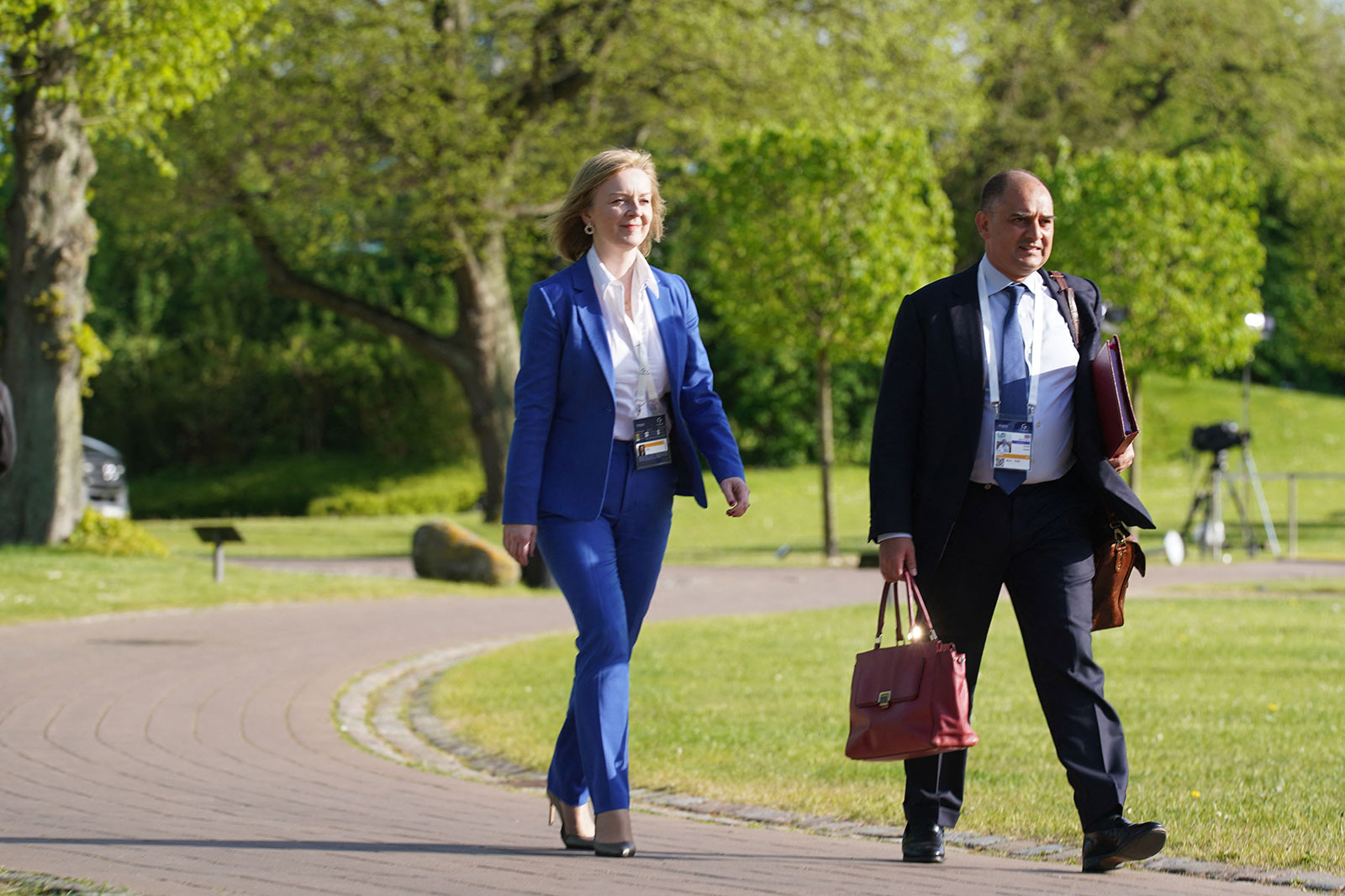 The United Kingdom's Foreign Secretary Liz Truss called for international allies to commit more sanctions against Russia until it completely withdrawals from Ukraine and agrees to peace, according to a UK statement following a meeting of G7 Foreign Ministers in Germany on Thursday, News.az reports citing UNIAN.

She urged sanctions on Russia not be lifted until those demands are met.

The foreign secretary also asserted that NATO allies should plan to assist Ukraine's transition to NATO-standard equipment by the end of the summer. That would include supplying NATO-standard artillery shells, as well as training and expertise.

In addition to NATO provided support, Truss also urged the G7 to plan for helping Ukraine rebuild from the war by providing financial and technical assistance, "building on the principle of a Marshal Plan."