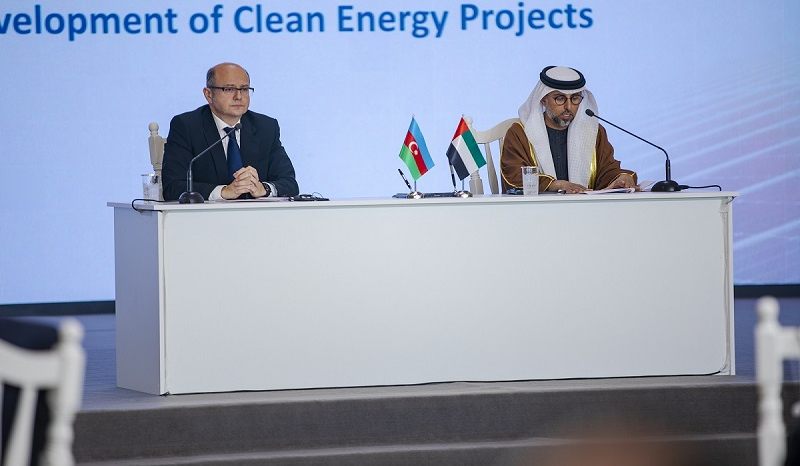 The investment cost of the Garadagh Solar Power Plant to be built in Azerbaijan is $225 million, Minister of Energy and Infrastructure of the United Arab Emirates Suhail Al Mazrouei said on Tuesday.

He made the statement at a press conference following a groundbreaking ceremony for the 230 MW Garadagh Solar Power Plant to be built in Azerbaijan by UAE’s Masdar company, a correspondent of News.Az reports.

The minister noted that the construction of the plant is planned to be completed in a year and a half.

Azerbaijan’s President Ilham Aliyev on Tuesday attended a groundbreaking ceremony for the Garadagh Solar Power Plant. Speaking at the ceremony, the head of state noted that the 230-megawatt plant will meet the growing energy needs of Azerbaijan and contribute to the expansion of our export potential.