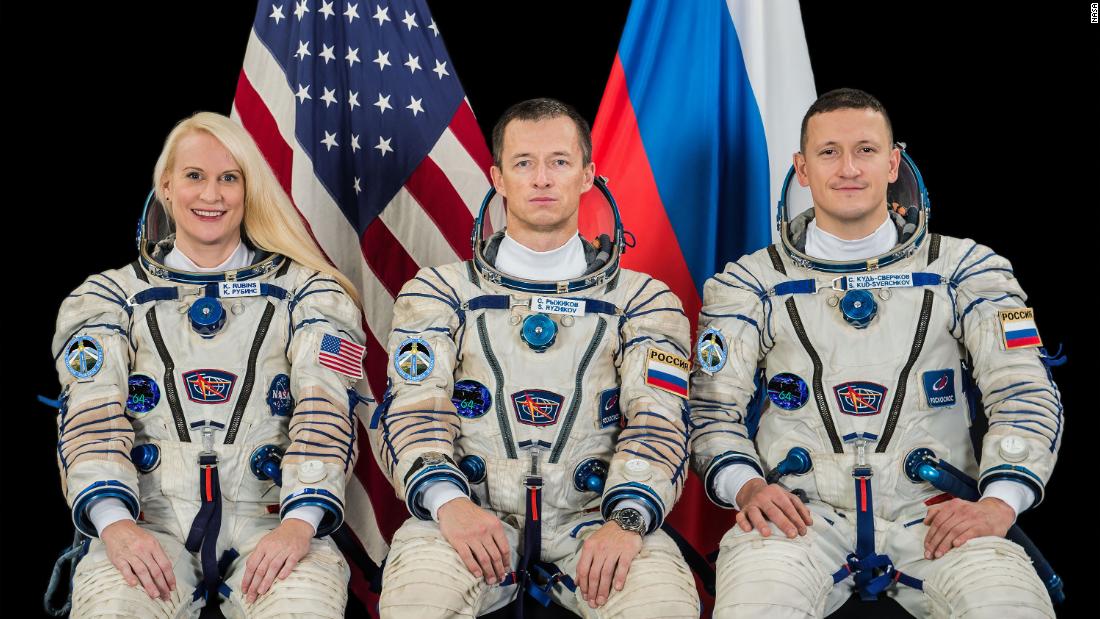 Two Russian cosmonauts and a NASA astronaut touched down Saturday on the steppe of Kazakhstan following a half-year mission on the International Space Station, footage broadcast by the Russian space agency showed, AFP reports.

Russia's Sergei Ryzhikov and Sergei Kud-Sverchkov as well as NASA's Kate Rubins landed on barren land at 0455 GMT around 150 kilometres (90 miles) southeast of the town of Zhezkazgan.

The Soyuz descent module carring the trio landed upright after descending through a cloudless sky on a fine spring day in central Kazakhstan, a Roscosmos TV commentator confirmed.

Molecular biologist Rubins, 42, and former military pilot Ryzhikov, 46, were rounding off their second missions in space having both made their ISS debuts following launches in July and October of 2016 respectively.

Kud'-Sverchkov, 39, another ex-military man, was completing his first mission.

Footage from the landing site showed Rubins smiling as she received a bouquet of flowers from retired cosmonaut Yuri Malenchenko, who was there to greet the crew.

"It is great to be on this side of things," Rubins said.

She will return to NASA's hub in Houston while colleagues Ryzhikov and Kud-Sverchkov are bound for Moscow as they wind down their missions.

During her debut mission in 2016, Rubins became the first person to sequence DNA in space.

In her second mission she continued her sequencing activities, worked on cariovascular experiments and oversaw a small patch of radishes "as they grew in orbit… harvesting them for analysis back on Earth", according to NASA.

For the last decade, the space station's population has typically varied between three and six as crews that blasted off from Russia's Baikonur cosmodrome in Kazakhstan came and went.

Entrepreneur Elon Musk's SpaceX last year broke the monopoly that Russia and Baikonur had held on manned launches since the mothballing of the US shuttle programme in 2011, beginning a new chapter of spaceflight from US soil.

As a result the number of crew on board will reach 11 next week with the arrival of NASA's SpaceX Crew-2 mission.