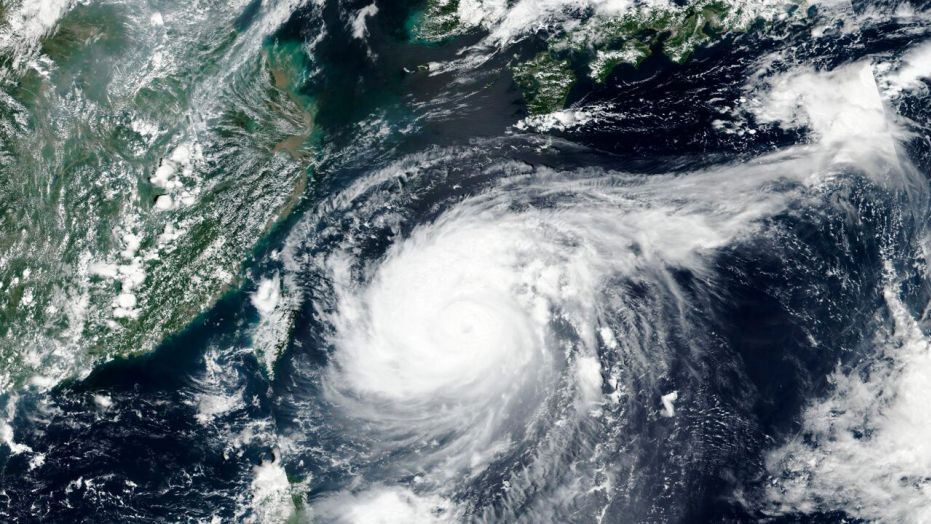 Flights were grounded in South Korea and storm warnings issued on both sides of the Korean peninsula as a typhoon forecast to be one of the most powerful in years made its approach Wednesday, AFP reports.

More than 300 domestic departures were cancelled as Typhoon Maysak churned across waters south of the resort island of Jeju packing gusts of up to 162 kilometres per hour (101 miles per hour).

South Korean Prime Minister Chung Sye-kyun said the storm was forecast to be similar in strength to 2003's Typhoon Maemi, which left 131 people dead and more than 4 trillion won ($3 billion) in damage.

"We are especially concerned," he added.

Maysak -- named after a Cambodian tree -- was predicted to make landfall late Wednesday west of Busan on the southern coast, then make its way up the eastern side of the peninsula before heading northwards into the Sea of Japan, known as the East Sea in Korea.

It was forecast to make landfall again on Thursday near North Korea's industrial city of Chongjin.

Natural disasters tend to have a greater impact in North Korea due to its creaking infrastructure, and the country is vulnerable to flooding as many mountains and hills have long been deforested.

"Heavy rain and strong winds are expected to hit various areas of the DPRK," said the official KCNA news agency.