Over 25 killed, hundreds injured in massive blast in Beirut (UPDATED+VIDEO) 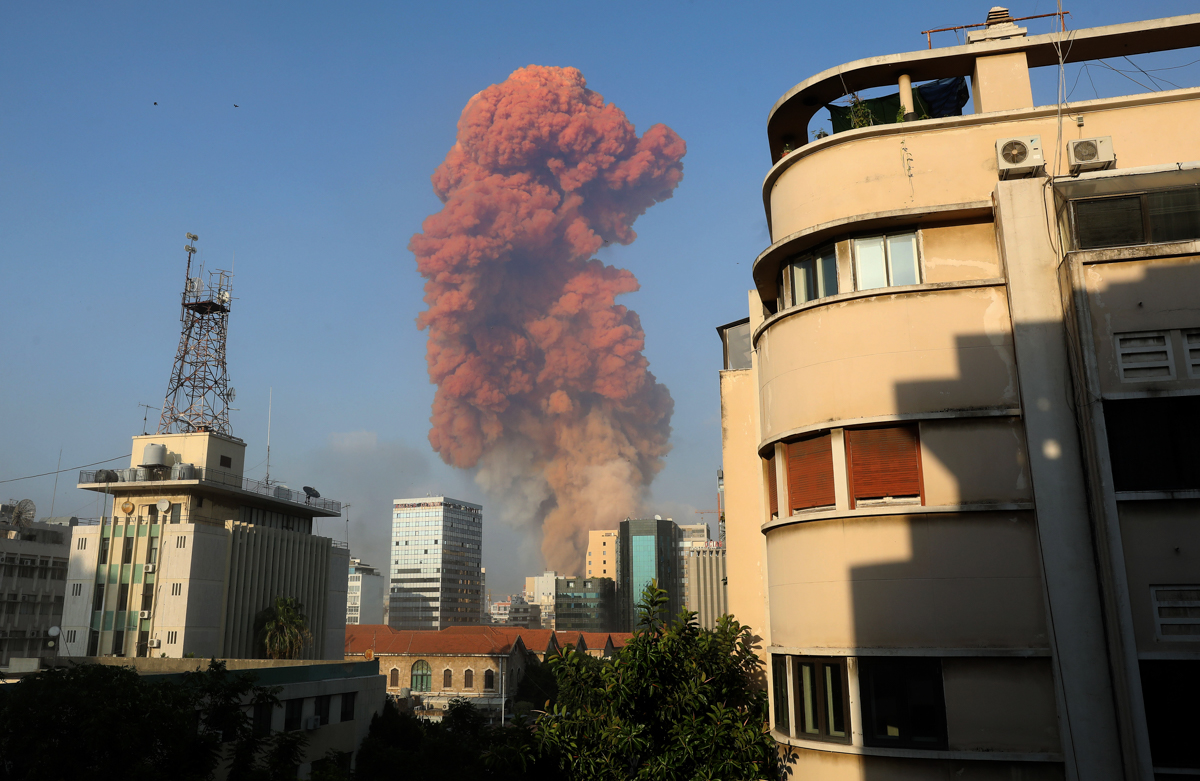 A massive explosion rocked Beirut on Tuesday, flattening much of the port, damaging buildings across the capital and sending a giant mushroom cloud into the sky.

At least 25 people were killed and 2,500 injured, with bodies buried in the rubble, officials said, The Associated Press reports.

The sudden devastation overwhelmed a country already struggling with both the coronavirus pandemic and an economic crisis: Beirut hospitals quickly filled beyond capacity, pleading for blood supplies and generators to keep their lights on.

The cause of the blast, which sparked fires, overturned cars and blew out windows and doors, was not immediately known.

Abbas Ibrahim, chief of Lebanese General Security, said it might have been caused by highly explosive material that was confiscated from a ship some time ago and stored at the port. Local television channel LBC said the material was sodium nitrate.

A huge explosion near the centre of Beirut killed at least 10 people and sending shockwaves across the Lebanese capital, shattering glass in people’s homes and causing apartment balconies to collapse, witnesses and security sources said, according to Reuters.

Footage of the blast shared around by residents on social media showed a column of smoke rising from the port district followed by an enormous blast. Those who filming what initially appeared to be a big blaze where thrown backwards by the shock.

At least 10 bodies were taken to hospitals, a security source and a medical source told Reuters.

It was not immediately clear what caused the blaze that set off the blast or what kind of explosives were in the warehouses. The governor of Beirut port told Sky News that a team of firefighters at the scene had “disappeared” after the explosion.