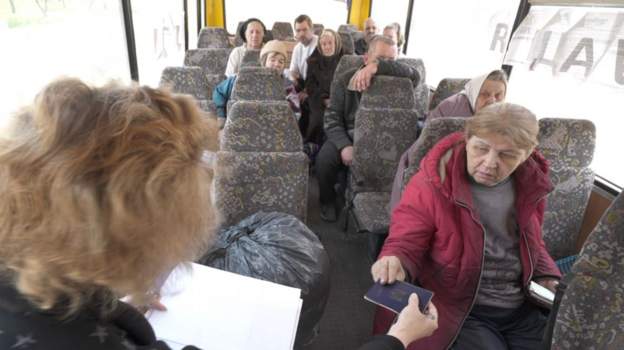 Two buses sent to rescue civilians from a Ukrainian town under heavy attack by Russian forces are reported to have gone missing, News.az reports citing Unian.

A military official from Popasna, in the Donbas region, said one of the two buses, driven by volunteers, had come under fire inside the small town.

Mikola Khanatov said there was no news about the second vehicle - a school bus driven by a local history teacher.

One of the volunteers, Galina Kroshka, said three buses had been sent to Popasna on Friday to help with the evacuation of hundreds of civilians.

Two buses failed to return to the town of Bakhmut. Earlier in the day 31 civilians had been brought to safety.

“We’re very worried. Our buses didn’t come back, and we’ve had no contact with them since yesterday. We can’t go to Popasna ourselves until the situation is clearer,” said Galina, who, with her husband, has been ferrying civilians, and humanitarian aid, between the towns for several weeks.

Popasna has been fiercely contested in recent weeks, but there are reports that Russian forces now control almost the entire town