Turkiye to act when time is right, Akar says on possible Syria op. 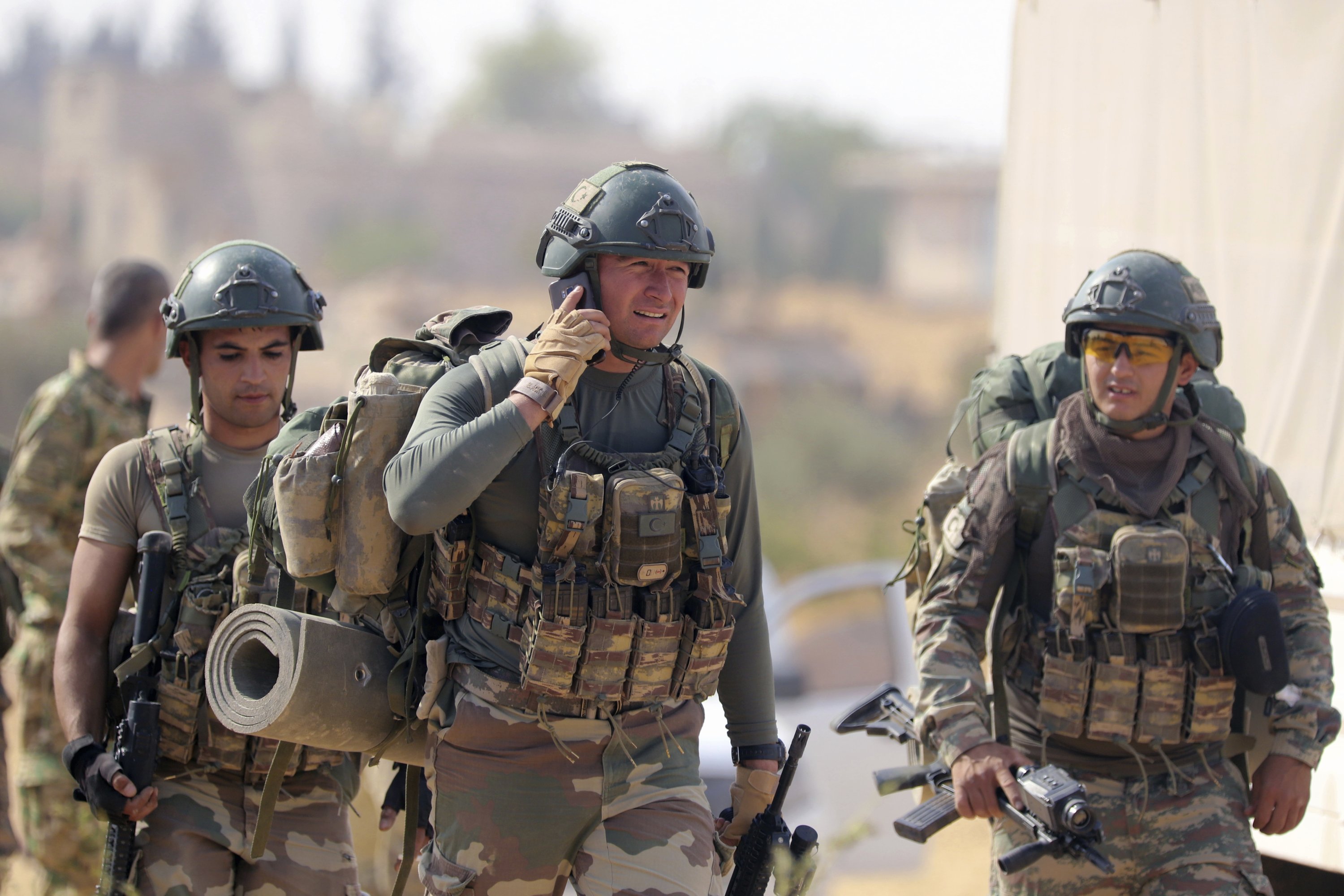 Turkiye will do whatever is necessary when the time is right, Defense Minister Hulusi Akar said on a possible military operation in northern Syria, News.az reports citing Daily Sabah.

Speaking to reporters after a Cabinet meeting on Monday, Akar underlined that Turkiye acts with principles, highlighting its transparency and efforts to comply with international laws as much as possible in its activities. Akar said that Turkiye will ensure the security of its borders and citizens, adding that Ankara does not want any formation that may pose a threat, regardless of whether it is referred to as a “terror corridor” or a “terrorist formation.”

“As a matter of fact, it started in 2016 and we broke up the terror corridors. We have stated that we will not allow any formation there from now on,” he noted.

Akar stated that Turkey’s counterterrorism activities continue with determination and added: “We always say that we respect the territorial integrity and right to sovereignty of all our neighbors, especially Iraq and Syria. We don’t have eyes on anyone’s land. Our activities are purely for the safety of our borders and citizens. In order to achieve this goal, the Turkish Armed Forces (TSK) is at the service of its nation."

Underlining that the fight against terrorism continues with an offensive spirit, increasing in violence and pace, guided by the understanding that "wherever the terrorist is, there is the target," Akar said: "We will save our nation from this terror scourge that has plagued us for 40 years. We are determined and capable of this. Let no one come before us in this matter, do not try to hinder us. Our only target is terrorists. Kurds and Arabs are our brothers. It is obvious that we have taken every precaution in order not to harm civilians and the environment, both during the planning and execution phases, and what we have done in this regard. Everyone knows we're more sensitive than any other army."

Regarding President Recep Tayyip Erdogan's statements that Tal Rifaat and Minbaj would be the target of a possible operation, Akar said: "As also expressed by our president, harassment and attack attempts against us are concentrated in these two regions. We are responding to the attack attempts in kind. We are ready to do what is necessary, when necessary."

When asked about the timing of the operation, Akar said: "Whatever is necessary will be done at the right time and place."