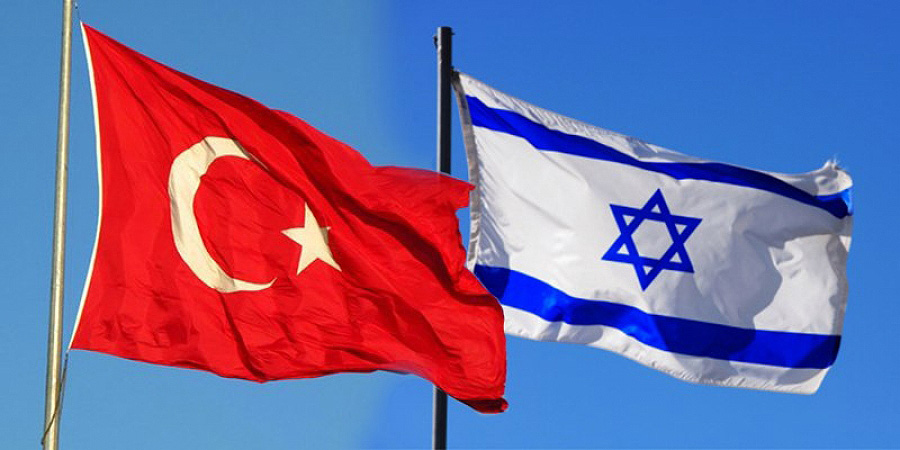 Ties in the field of defense and security between Türkiye and Israel have entered a new era as the latter’s defense minister paid a rare visit to Ankara amid ongoing normalization efforts between the two Mediterranean states after years of tension, News.az reports citing Daily News.

Israeli Defense Minister Benny Gantz held talks in Türkiye on Oct. 27, making it the first top Israeli defense officials doing so in more than a decade. Defense Minister Hulusi Akar hosted Gantz at the military headquarters before being received by President Recep Tayyip Erdogan in the presidential complex. Gantz also paid his respects to Mustafa Kemal Ataturk through a visit to Anitkabir Mausoleum before his official talks.

“Our cooperation in the field of defense, security and energy will have important contributions to the regional stability,” Akar said in a statement after his talks with Gantz. Citing his counterpart’s visit as “very important,” the Turkish defense minister said they have discussed how the two countries can cooperate in this new era.

Stressing that Ankara and Tel Aviv have differences on some issues like the Palestinian case, Akar said the bilateral cooperation can also positively influence these very sensitive matters as well. “Türkiye and Israel are two important regional actors,” the minister emphasized.

For his part, Gantz underscored the importance of Türkiye-Israel security ties, stressing as two big developed countries they have enormous potential. “There are so many areas in which we can cooperate in the future,” the minister stressed. The Israeli minister informed that he already gave necessary instructions for studying the ways to improve ties with Türkiye.