Türkiye calls on Greece to stop its provocations 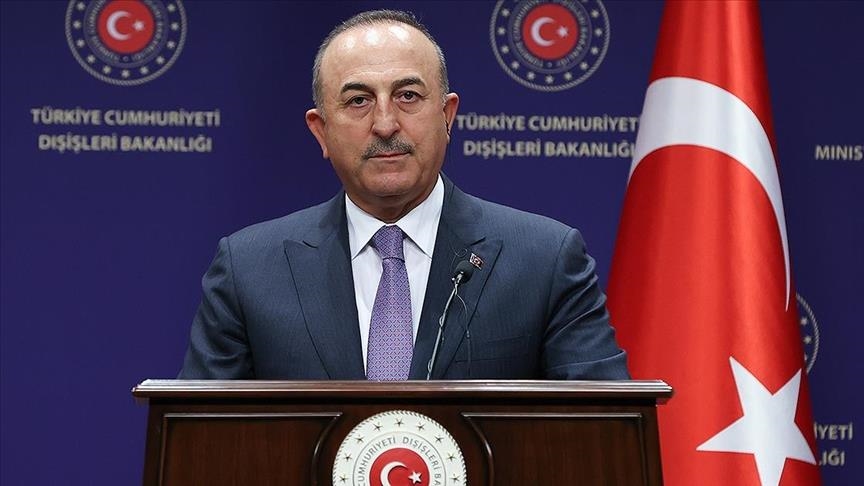 Emphasizing continuing provocations by Greece, Ankara on Monday warned Athens against undertaking an adventure on behalf of others, News.Az reports citing Anadolu Agency.

"As we try to respect our neighborly rights on both sides of the Aegean, Greece still continues its provocations. If you embark on an adventure on behalf of others, you will suffer the consequences today as did in the past. This is a warning to our neighbor Greece," said Foreign Minister Mevlut Cavusoglu at a symposium on the Battle of Sakarya.

The Battle of Sakarya took place on the banks of the Sakarya River, in close proximity to Turkish capital Ankara. The battleground, Polatli, is only 80 kilometers (50 miles) from Ankara.

After the battle, Ataturk was awarded the rank field marshal of the army by the parliament, as well as the title of Gazi (Veteran) for his efforts and victory on the battlefield.

The Turkish foreign minister called on Greece to not be a “tool” of others, and to end its provocations.

Türkiye, a NATO member for more than 70 years, has complained of repeated provocative actions and rhetoric by Greece in the region in recent months, including arming islands near Turkish shores that are demilitarized under a treaty, saying that such moves frustrate its good faith efforts for peace.

Defining Turkish diplomacy as "entrepreneurial and humanitarian," Cavusoglu said his country protects its rights and interests at all platforms.

Saying that Türkiye is always alert against "evil eyes and malicious plans," the minister added the country's security is in "safe hands" via its "heroic army, defense industry and satellites sent into space."

"We have projects that will contribute to peace and prosperity not only in our region, but also at the global level," he added.

On its mediator role, Cavusoglu said: "Türkiye comes to mind when seeking solutions to crises from the Balkans to the Middle East, from the Caucasus to Central Asia, and from Africa to Latin America."

The top diplomat reiterated that Türkiye's efforts under the leadership of President Recep Tayyip Erdogan led to the export of Ukrainian grain to the world. "... we are continuing with this project that will protect the world from a food crisis," he said.