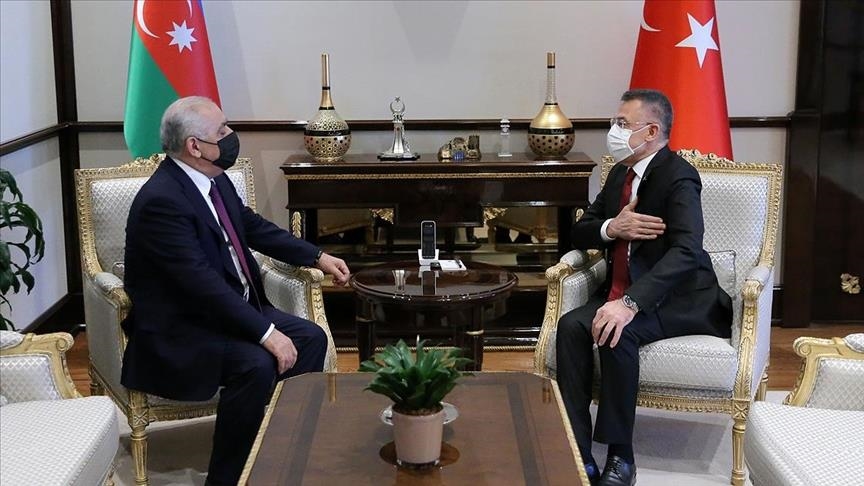 Expressing pride to be hosting the Azerbaijani premier at Turkey's Presidential Complex, Fuat Oktay pledged to revive and build the Upper Karabakh region recently liberated from Armenian occupation by Azerbaijan.

"We are one nation... Not only on the battlefield but we will continue to support you from now on also in building and reviving those regions [Upper Karabakh]," Oktay said.

The Azerbaijani premier was also received by Turkish President Recep Tayyip Erdogan in a closed-door meeting.