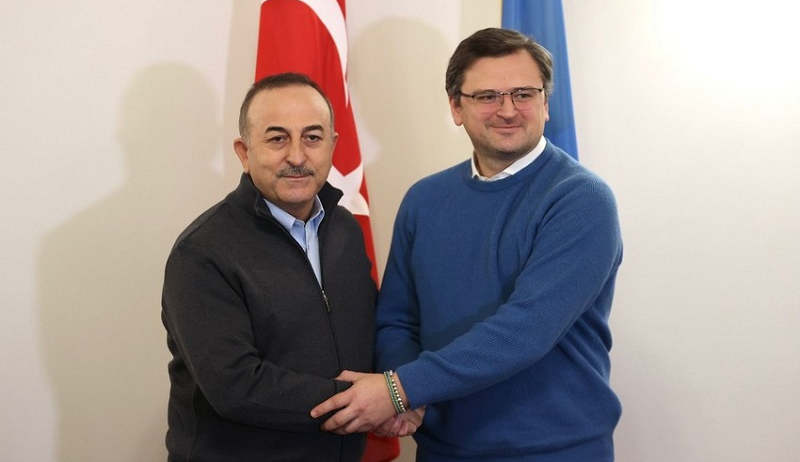 The ministers discussed the current situation in Ukraine, as well as the Kyiv-Moscow negotiation process.

Turkiye’s top diplomat on Wednesday visited Moscow to meet with his Russian counterpart Sergey Lavrov to discuss the latest developments in Ukraine. In Moscow, Cavusoglu reiterated Turkiye’s readiness to organize a meeting between the presidents of Russia and Ukraine.

A day later, Cavusoglu met with his Ukrainian counterpart Kuleba in Lviv. Speaking to journalists following the meeting, the Turkish FM said that hopes for a cease-fire in the Russia-Ukraine war increased a bit more.