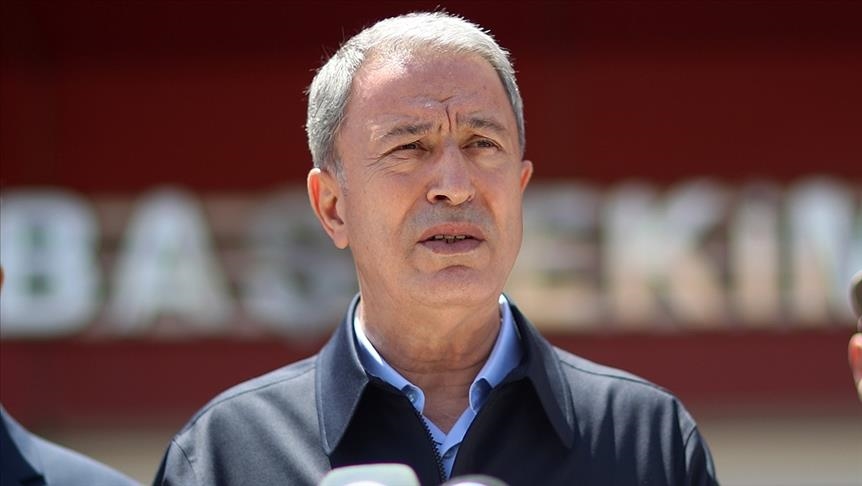 Eleven Turkish soldiers, including a corps commander, were martyred and two others injured on Thursday when a military helicopter crashed in the eastern Bitlis province.

Speaking at a funeral service for the martyrs in the eastern Elazig province, Hulusi Akar told reporters that the two wounded soldiers are in good condition.

Lamenting the loss of 8th Corps Commander Lt. Gen. Osman Erbas in the "tragic accident," Akar called him a "friend" who had "served the armed forces"