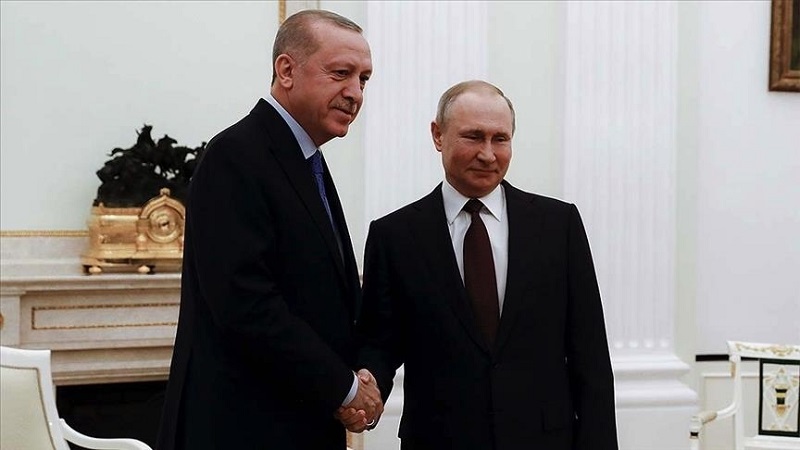 The presidents of Turkey and Russia spoke over the phone Thursday about bilateral ties and regional matters including the Nagorno-Karabakh region, according to the Turkish Directorate of Communications, Anadolu Agency reports.

During the discussion with his Russian counterpart Vladimir Putin, Turkey's Recep Tayyip Erdogan suggested that experts from the two countries and Azerbaijan could hold talks on how to more efficiently re-establish roads and rail transportation lines in Nagorno-Karabakh under an agreement signed on Jan. 11.

Erdogan also hailed the Turkish-Russian joint monitoring center in Nagorno-Karabakh for successfully monitoring and controlling the ongoing cease-fire, according to the Directorate of Communications statement.

The Turkish president told his Russian counterpart that common efforts must be made to uphold a cease-fire in Nagorno-Karabakh.

On the Syrian crisis, President Erdogan said a solution in the war-torn country would be of "common benefit," and stressed that the opportunity for peace and stability in Libya should not be wasted.