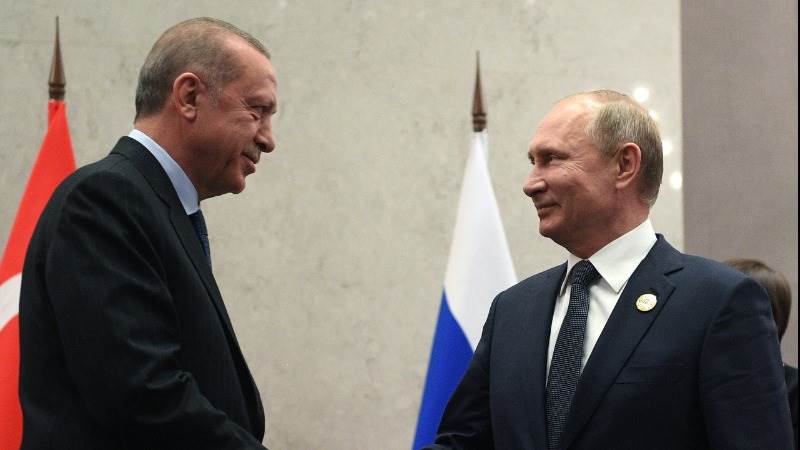 The Turkish and Russian presidents spoke over the phone on Monday to discuss the latest developments in war-weary Libya and Eastern Mediterranean as well as other regional issues, according to Anadolu Agency.

Turkey’s Recep Tayyip Erdogan and his Russian counterpart Vladimir Putin stressed the importance of maintaining close cooperation and dialogue in this regard, Turkey's Directorate of Communications said.

The two leaders also addressed steps to enhance bilateral relations, especially in tourism, transport, energy, and economy, and the fight against the novel coronavirus pandemic.

Libya has been torn by a civil war since the ouster of late ruler Muammar Gaddafi in 2011. Libya's new government was founded in 2015 under a UN-led agreement, but efforts for a long-term political settlement failed due to the military offensive by warlord Khalifa Haftar’s forces.

The ship will continue its work in the Eastern Mediterranean along with the ships Cengiz Han and Ataman until Aug. 23.