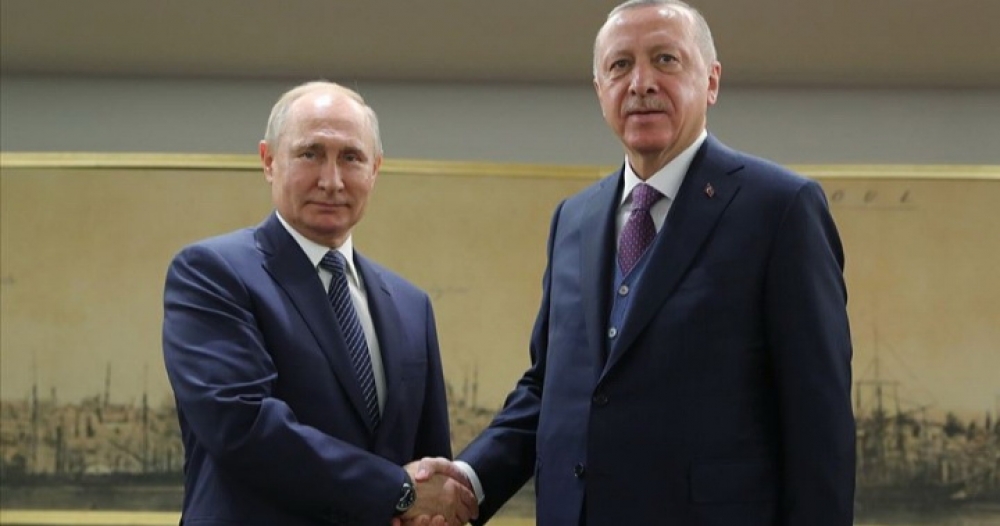 The Syrian regime's recent attack on Turkish troops in Idlib has marred joint efforts for peace in the country, the Turkish president told his Russian counterpart in a phone call, Anadolu Agency reports.

The phone call between Recep Tayyip Erdogan and Vladimir Putin came after Monday’s attack in Idlib, northwestern Syria, that martyred seven Turkish soldiers and one civilian contractor working with the Turkish military.

Erdogan underlined that Turkey would continue to use its right of self-defense against similar attacks, according to a statement by the Turkish Communications Directorate.

The two leaders also discussed the latest developments in Libya.