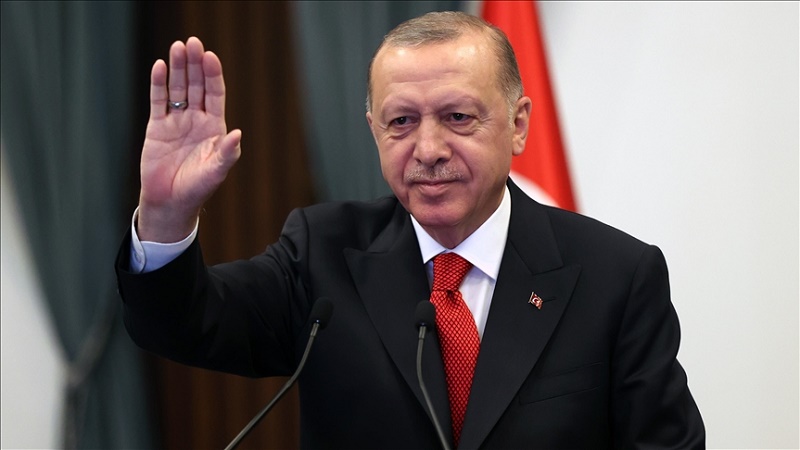 “We will continue to increase our investments in the defense industry until we completely free our country from foreign dependence,” Recep Tayyip Erdogan said at the opening ceremony of a maintenance hangar for A400M strategic air lifters in the capital Ankara.

Erdogan criticized some countries for rejecting Turkey's requests to purchase weapons while supplying them to terrorists in Syria through thousands of truck and plane flights under the guise of the fight against the terror group Daesh/ISIS.

Turkey has long blasted the US for rejecting Turkish efforts to buy Patriot missiles, while giving weapons and training to the terrorist YPG/PKK in Syria, near Turkey’s borders. The US claims the weapons are meant to fight Daesh/ISIS, while Turkey argues that using one terror group to fight another makes no sense.

“We are determined to overcome all the injustices and unlawfulnesses we encounter in the defense of our homeland by taking matters into our own hands,” Erdogan continued.

“Our so-called friends did everything they could to weaken us in the cross-border operations we carried out to ensure the safety of our citizens,” he added, referring to Turkey’s operations into border areas of Syria and northern Iraq to pursue PKK and YPG/PKK terrorists taking shelter there.

Erdogan stressed that the projects implemented recently by the current government are the most critical investments yet for the future of the Turkish defense industry.

In its more than 35-year terror campaign against Turkey, the PKK – listed as a terrorist organization by Turkey, the US, and the European Union – has been responsible for the deaths of at least 40,000 people, including women, children, and infants. The YPG is the PKK’s Syrian branch.

Since 2016, Turkey has launched a trio of successful anti-terror operations across its border in northern Syria to prevent the formation of a terror corridor and enable the peaceful settlement of residents: Euphrates Shield (2016), Olive Branch (2018), and Peace Spring (2019).