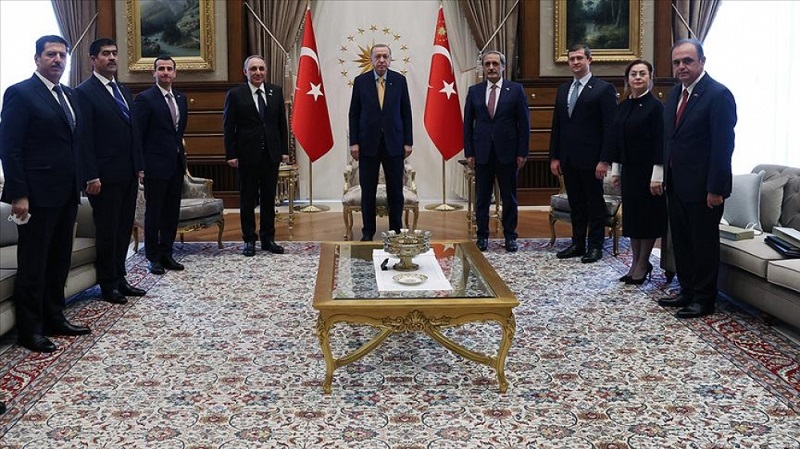 Expressing his gratitude for high hospitality and sincere reception, as well as moral support of Turkey for Azerbaijan during the 44-day Patriotic war, Prosecutor General Kamran Aliyev conveyed greetings of President Ilham Aliyev to the Turkish President.

The successful development of friendly and brotherly relations between Azerbaijan and Turkey in all areas, including in law enforcement was emphasized, the importance of reciprocal visits at various levels in further strengthening bilateral relations was noted during the meeting.

President Recep Tayyip Erdogan thanked for the greetings of President Ilham Aliyev and asked the Prosecutor General to extend his greetings to the Azerbaijani President.