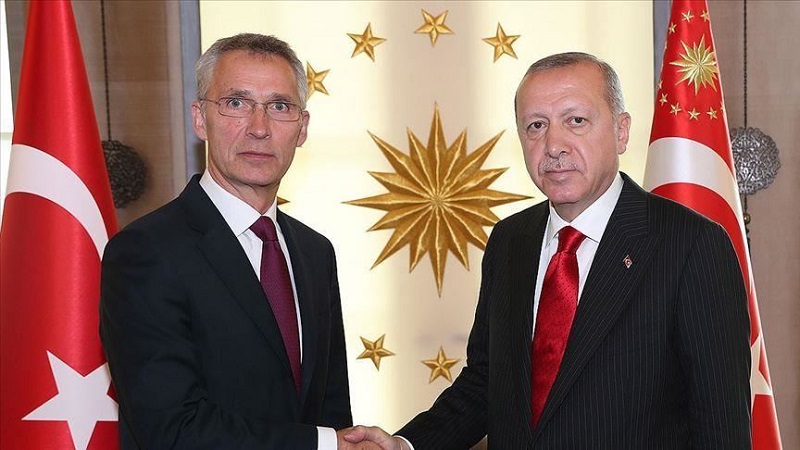 Turkey's president Friday spoke to the NATO head over the phone, with the latest developments in the Eastern Mediterranean discussed, the Turkish authorities said.

In the phone call with Jean Stoltenberg, Recep Tayyip Erdogan stressed that Turkey supports a fair solution in the Eastern Mediterranean with win-win for all countries, Turkey’s Directorate of Communications said in a statement.

NATO must fulfill its responsibility to prevent unilateral steps that ignore the international law and damage regional peace, Erdogan said.

Turkey will always continue to protect its rights and interest everywhere, the president vowed.

Greece has disputed Turkey's current energy exploration in the Eastern Mediterranean, trying to box in Turkish maritime territory based on small islands near the Turkish coast.

Turkey -- the country with the longest coastline on the Mediterranean -- has sent out drill ships to explore for energy on its continental shelf, saying that both Turkey and the Turkish Republic of Northern Cyprus (TRNC) have rights in the region.