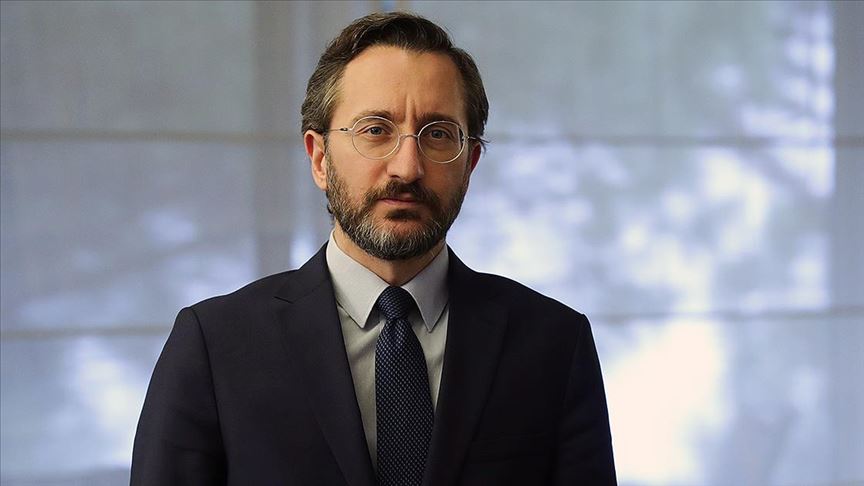 Having visited the Azerbaijani lands, liberated from the Armenian occupation, the Turkic Council delegation once again clearly saw how great the victory of Azerbaijan in the Second Karabakh war was, Director of the Communications Department of the Turkish Presidential Administration Fahrettin Altun said.

Altun made the remarks during a visit to Azerbaijan’s Aghdam Juma Mosque.

"We felt it in our hearts," he said. "May Allah rest the souls of all our brothers who became martyrs during the war, and we wish the veterans the peaceful and calm life. We are grateful to them for this victory."

"This is a great victory not only for Azerbaijan, but also for Turkey and the entire region," Altun added. "The thirty-year-long occupation has ended. The Nagorno-Karabakh region was liberated from the Armenian occupation thanks to the decisive position of Azerbaijani President Ilham Aliyev. Turkey, under the leadership of our President Recep Tayyip Erdogan, supported this just struggle."

"Today we once again feel proud," Altun said. "On the other hand, here we have witnessed signs of injustice, oppression, vandalism of Armenia. This is unprecedented barbarism, and despite all this, we see what a hypocritical position is taken by the world and the international organizations."

"The countries and organizations responsible for the protection of cultural monuments in the world do not react to this in any way although all cultural monuments have been destroyed here," the Turkish official added. "In fact, they were destroyed to completely erase the traces of Turkism and Islam here. But the occupants failed and will not succeed to do this because these lands are the lands of the Turks, the lands of Islam."