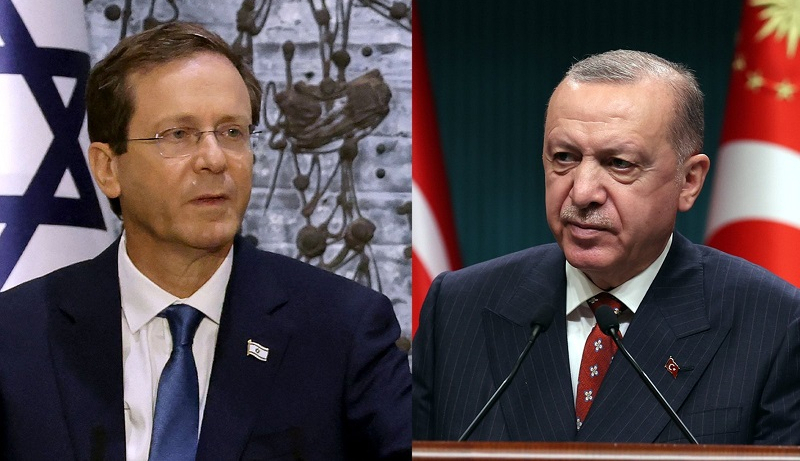 Turkey’s president spoke by phone Monday with his Israeli counterpart and discussed relations between the two countries as well as regional issues.

In a statement, the Turkish Communications Directorate said that Recep Tayyip Erdogan congratulated Isaac Herzog on his inauguration as president.

Erdogan said there is high potential for cooperation between the two countries in various fields, particularly in energy, tourism and technology.

During their phone call, he also said the international community expects a permanent and comprehensive two-state solution to the Palestinian-Israeli conflict within the framework of UN resolutions.

The Turkish present said that positive steps to be taken for the settlement of the Palestinian-Israeli conflict would also contribute to the positive course of Turkey-Israel relations.

Relations between Turkey and Israel are of great importance for the security and stability of the Middle East, he added.

"I spoke a few hours ago with President Recep Tayyip Erdogan of Turkey, who called to congratulate me on assuming my position as the President of the State of Israel.

"We both emphasized that Israeli-Turkish relations are of great importance for security and stability in the Middle East. We agreed on the continuation of a dialogue in order to improve relations between our countries," he said.