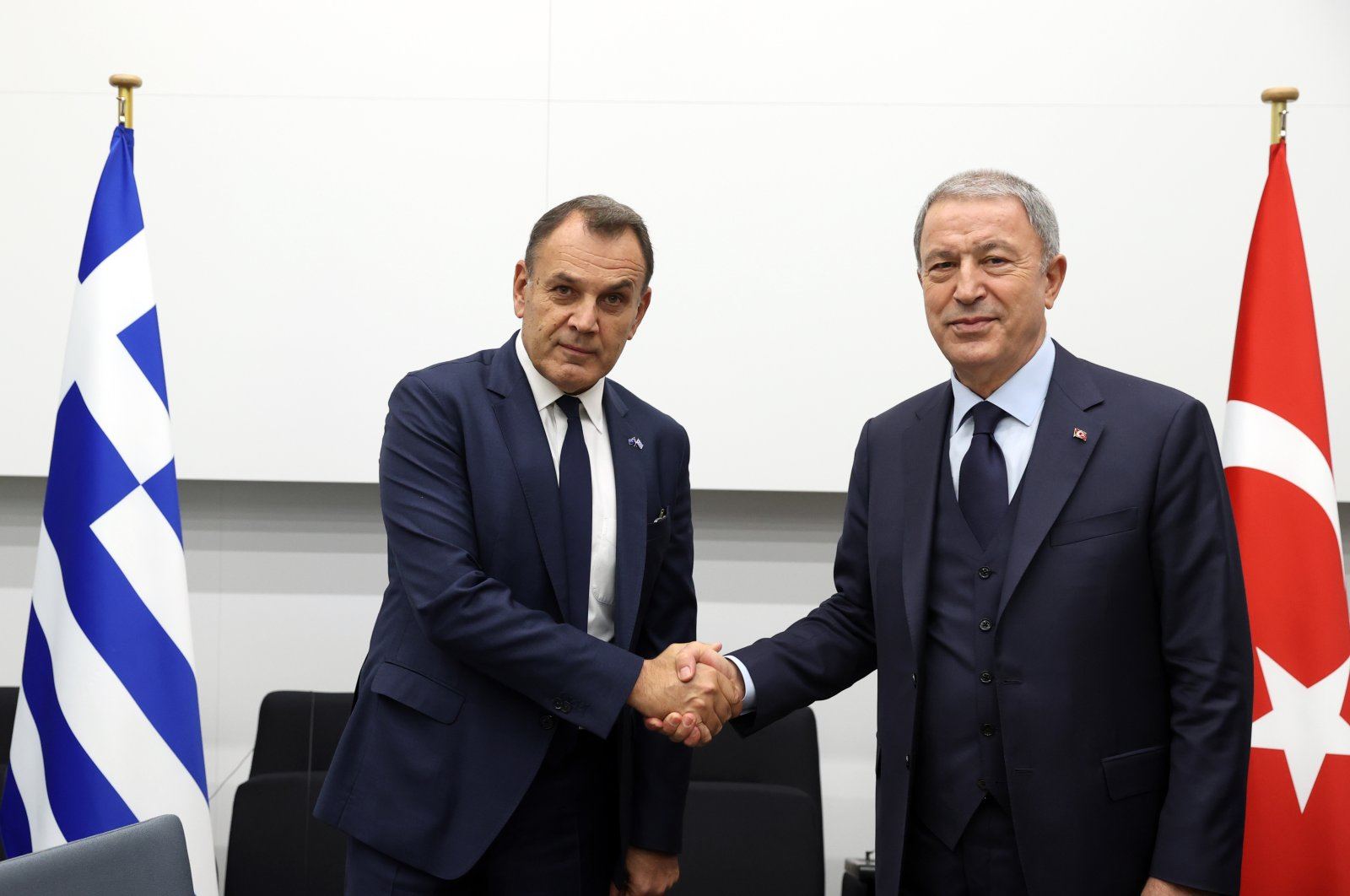 Turkish Defense Minister Hulusi Akar held a meeting with his Greek counterpart Nikolaos Panagiotopoulos on the sidelines of a NATO summit in Brussels on Thursday amid ongoing tensions between Türkiye and Greece, News.az reports citing Daily Sabah.

The meeting between the two ministers comes as the two countries disagree on a number of issues, including the Eastern Mediterranean, Cyprus, migrant pushbacks and more.

Both ministers were in Brussels to attend the Meeting of NATO Ministers of Defence.

Akar recently said Turkish forces were instructed to take action against Greek violations. He noted that the naval and air forces have been given clear instructions on doing what is necessary regarding Greece’s violations of islands with demilitarized status, as Athens has been violating it since 1956.