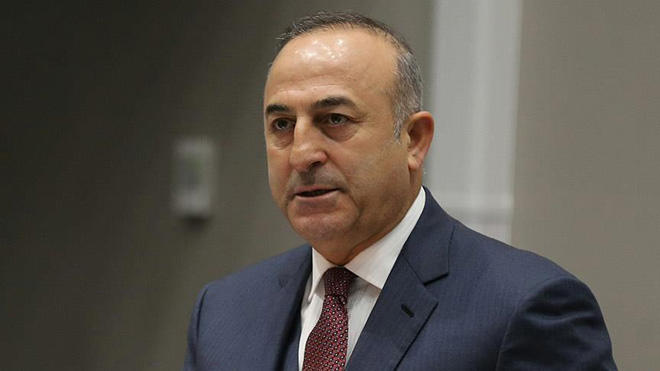 Turkish Foreign Minister Mevlut Cavusoglu said Thursday that the only goal of the "YPG militia" was to capture territory in Syria's Raqqah city, not to fight Daesh, Anadolu reported.

"Truly, it is a big mistake to think that the YPG militias are fighting against Daesh. The YPG aims to gain territory in Raqqah," Cavusoglu said in an interview with Italy's La Stampa daily.

Cavusoglu warned against supporting the armed wing of the PYD, which Turkey considers the PKK terror group's Syrian offshoot.

"It should be realized that supporting them [YPG] is supporting a terrorist organization," he said.

The minister added Turkey had been working towards finding "a political solution that would protect Syria’s territorial integrity".

The PKK has fought a 33-year long war against Turkey and is also listed as a terror organization by the U.S. and EU.

The terror group resumed its armed campaign against Turkey in July 2015. Since then, it has been responsible for the deaths of some 1,200 Turkish security personnel and civilians, including a number of women and children.

Despite the PKK’s designation as a terror group, the U.S. has continued to bank on the PKK/PYD as its ally in Syria, especially in the fight against Daesh. Earlier this month President Donald Trump pledged to arm the group ahead of the planned attack on Raqqah, Daesh's remaining Syrian stronghold.