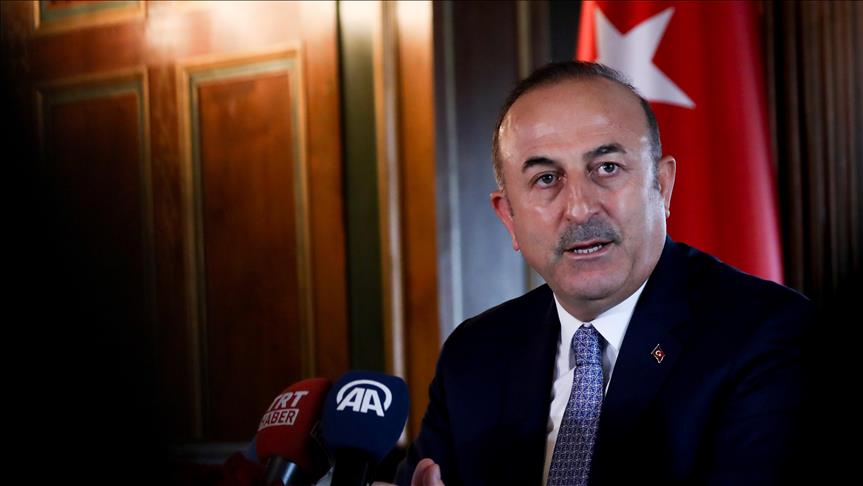 Turkey's expected counter-terrorism operation east of the Euphrates River in Syria is not related to the U.S. withdrawal from the country, Foreign Minister Mevlut Cavusoglu said on Thursday, Anadolu Agency reports.

"Our operation against the YPG/PKK is not related to whether the U.S. withdraws or not," Cavusoglu told news channel NTV.

"We didn’t know that the U.S. would withdraw [from Syria]. However, whether it withdraws or not, we will do what is necessary against a terrorist organization that poses a threat to our national security," he added.

On Dec. 12, Erdogan announced that a Turkish operation was imminent to save the region from the terrorist PKK/PYD, also known as the PKK/YPG.

Later, the president decided to delay the operation, but Erdogan has repeatedly said that Turkey is ready to take action very soon to eliminate the "terror corridor" in northern Syria.

"Turkey is determined on this issue," Cavusoglu said, adding that Turkey will decide on its timeline for the operation.

"We will not seek permission from anyone on this issue," he added.

Ankara has criticized the U.S. working with the terrorist PKK/PYD to fight Daesh, saying that using one terror group to fight another makes no sense.

Over the last  top U.S. officials said that American troops would not withdraw from northeastern Syria without a guarantee that Turkey would not attack “Kurds” there, meaning the PKK/PYD. Turkish officials condemned the remarks.

In its 30-year terrorist campaign, the PKK has taken some 40,000 lives, including women and children. The PKK/PYD/YPG, its Syrian branch, terrorizes Kurds, Turkmen, and Arabs in Syria, according to Turkish officials.

Cavusoglu also said Erdogan will have a bilateral meeting with his Russian counterpart Vladimir Putin.

He added that Turkish, Russian, and Iranian leaders will also meet to discuss Syria under the Astana format, saying that Moscow will propose a timeline for the meeting.