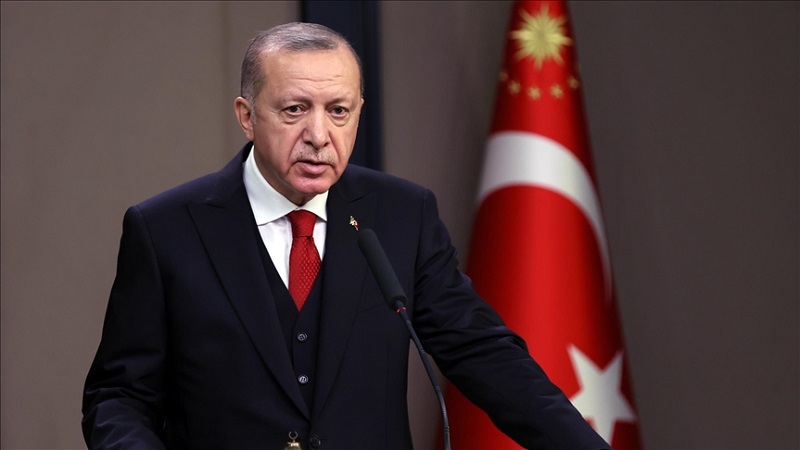 "We want all political parties to take part in this process. We will make a sincere effort to this end," Recep Tayyip Erdogan told his party's parliamentary group in the capital Ankara.

Turkey should draft a Constitution that will meet the needs of the next century, Erdogan said.

"Let's prepare our proposals on the new constitution this year and start discussions. Let us share these with our nation with a visionary perspective, goodwill, and constructive approach, without leaving anyone and any segment behind," he said.

The Turkish president said that there was consensus on common aspects of the new Constitution. "Let's talk and discuss the different opinions over and over."

"Let's enter the 100th anniversary of our republic not with the coup Constitution, but with a new civilian Constitution that suits this country and our nation," he added.

Erdogan said that the Nationalist Movement Party (MHP) -- his ally in People's Alliance -- will back efforts for the new Constitution.

"As Peoples' Alliance, we are determined to make the most constructive contribution to the new Constitution," he said.

"The final decision will of course be given by our nation," he added.